I don’t know how many remember the (in) famous Goodwood show? It was an annual agricultural extravaganza usually held in January / February every year.  There were stalls and food and fairground rides and of course, horses.  It seemed as though the show went on for weeks and we had to apply for special permission to get off school to attend.  There was showing and dressage and jumping, carriage driving, Arabian horses and SA riding horse classes. Everyone who was anyone was there and the stables and warm-up arenas were melting pots of the great and good of the equestrian community.

Like most of us, the show has had to change a little with the times.  The old show grounds in Goodwood have become Grand West Casino and Agri-Expo has relocated to Sandringham Farm in Muldersvlei, just outside Stellenbosch.  There are still stalls and food, but they’ve changed the date to avoid the worst of the summer heat (which anyone who has ever had to don full showing gear is eternally grateful for !) and Agri-Expo still comprises a nine day equestrian showcase which ran from the end of September and into the first week of October.

It has been lovely popping in here and there to support friends in various disciplines and wonderful to see a number of racing folk out and about to support horses they bred, trained or raced.  As always, our Thoroughbreds did us proud.

The eventers, who probably have the most dangerous job, were uniformly smiley and upbeat, cheering fellow competitors on and sympathising with anyone who came unstuck along the way.  Even the unsuccessful candidates laughed off bruises and mud spattered breeches, usually protesting ‘it was MY fault, honestly, he tried SO hard!’.  There is a great deal of congratulating, commiserating and bits of advice for ‘next time’.

A good friend competes at a fairly serious level.  She has a particularly talented but rather excitable jumping horse who was giving her certain amount of difficulty in the warm-up and subsequently during their show-jumping round.  I decided to save my hellos until afterwards.  It wasn’t elegant, but they left everything up and once the horse had been made comfortable, I caught up with her by the arena to chat and watch the rest of the class.  I asked (somewhat unnecessarily) how her round had gone.  “Ag”, she shrugged philosophically, “he was a bit of a handful today, so didn’t go as well as he usually does.  But it’s a strong class and our round will leave the door open for a few other people.  It’s a good thing!”, she said before congratulating the next rider on a nice round.

How interesting and what a great attitude, I thought.  But of course she’s been in the game for a while now and is the epitome of sportsmanship and professionalism.

I couldn’t help but draw some comparisons with the current talking point of the industry, the forthcoming Competitions Commission inquiry that starts later this week.

What is the Competitions Commission?

In essence, the Competitions Commission evolved from the Regulation of Monopolistic Conditions Act, 1955 (Act No. 24 of 1955).  After a series of reviews and amendments still left the Act somewhat wanting, the Department of Trade and Industry launched a three year consultation process in the early 90’s and eventually arrived at a new competition policy framework.  A bit more tweaking followed and eventually the Competition Act, 1998 (Act No, 89 of 1998) was passed by Parliament in September 1998 and, after a few additional adjustments, the Act became effective on 1 September 1999.

The Competition Commission is stated as having a range of functions in terms of Section 21 of the Act.  These include “investigating anti-competitive conduct in contravention of the Chapter 2 of the Act; assessing the impact of mergers and acquisitions on competition and taking appropriate action; monitoring competition levels and market transparency in the economy; identifying impediments to competition and playing an advocacy role in addressing these impediments.”

According to their website, “the stated purpose of the Competition Act, 1998 (Act No. 89 of 1998) is to promote and maintain competition in South Africa in order to achieve the following objectives:

But what’s that got to do with racing?

Ms Phindi Kema, chief executive of African Racing International was the chief protagonist and approached the Commission after her attempts to purchase Arlington racecourse from Phumelela stalled.  Phumelela allegedly could not commit to an occupation date and Ms Kema then realised that the track came sans a totalisator licence and that it was intended to move Arlington’s 36 meetings to Fairview.  It has also been reported that Ms Kema was told that Phumelela would oppose any application she might lodge for a totalisator licence, essentially rendering her venture unviable.

Ms Kema lodged a series of complaints with the Competition Commission, who undertook a preliminary assessment.

As we all well know, the two halves of the unhappy marriage that is/was Gold Circle applied for divorce citing irreconcilable differences.  Members voted in favour and the demerger process began.  Gold Circle KZN opted to stay independent and Gold Circle WC sought an arrangement with Phumelela via the Racing Trust. 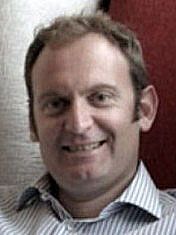 Purple Capital expressed an interest in Western Cape Racing, but were turned away.

The sticking point seems to be that Phumelela and Gold Circle are the only two racing operators in the country and hold exclusive totalisator licences (Gold Circle holds the licence in the Western Cape and KwaZulu-Natal and Phumelela the remaining provinces).  If the WC / Phumelela deal were to go ahead, Phumelela will effectively operate in 8 of the 9 provinces while Gold Circle will remain in KwaZulu-Natal only.

While some industry insiders claim that the two companies have undermined transformation and the growth of horse racing in South Africa, Phumelela assert that they are keeping afloat a sport that is unprofitable and in decline not just in South Africa but also worldwide.

What does the Competitions Commission say ?

The initial findings of the Commission were that “the proposed transactions will significantly lessen competition in the horseracing administration, horseracing television rights as well as the betting markets as this will allow Phumelela to further entrench its already strong position such that it can exert market power in these markets.  Given the high barriers to entry, the high market shares and low countervailing power in this market the mergers are likely to create a market structure that will entrench these to the exclusion of other firms, particularly small and emerging horseracing entities.”

The website further states that “the merging parties advanced failing firm and efficiency arguments, which could not outweigh the likely lessening of competition as a result of the proposed transactions.  It was also submitted that the merger will save jobs in the operations of Gold Circle WC as the firm was likely to fail.  The Commission found that Gold Circle WC is not likely to fail and there are also other potential buyers.”

However, the Competitions Commission was happy to approve the transaction allowing Clairwood racecourse to be sold to property developer, Global Pact 225 (Pty) Ltd to be developed into an industrial and commercial park linked to the Durban harbour expansion.

Warwick Lucas, a senior investment analyst at Imara SP Reid, said it was unfortunate that the commission had prohibited the merger, saying it showed the regulator’s lack of understanding of the horseracing business.

Nevertheless, Kevin Weeks, divisional manager of enforcement and exemptions at the Commission, said that it had decided to push ahead with a full inquiry after a preliminary assessment.

After months of gathering evidence, it seems the Competitions Commission is ready to proceed with the inquiry.

The tribunal will take place at the Competition Commission court, housed in the DTi campus in Pretoria and starts this Wednesday.  The opposing legal teams will present their opening arguments at 10 am and this is expected to run for approximately two hours.  Following this will be presentations from Competition Commission factual witnesses opposing the deal and include Jeremy Marshall from Marshalls World of Sport and Charles Savage and Gary van Dyk from Purple Capital.  This is expected to take proceedings to the weekend.

The next set of presentations will be from factual witnesses in support of the deal and include Vidrik Thurling, Rian du Plessis, Chris van Niekerk and Michael Nairac and is also expected to go on for 3 days.  Following on from this will be presentations by expert witnesses, including economists supporting the opposing sides.  This will be followed by closing legal arguments and the tribunal will adjourn to review and consider their positions.  The hearing is expected to conclude on 31 October 2012 and a ruling is expected shortly after.

The inquiry is open to the public and any interested parties are welcome to attend.

It is an enormous pity that these matters were unable to be resolved ‘in house’, but it seems the Competitions Commission now holds sway over South African horse racing and will be the architect of our future.  This Inquiry is without a doubt a watershed moment in our history and the decisions made will have far-reaching effects.

We look forward to proceedings with interest.

2 comments on “For Whom the Bell Tolls”