For those not prepared to be distracted by matters political, it may be of interest that the Cape’s Sizzling Summer Season launches on 10 November with the Choice Carriers raceday. Hardly making headlines too is the fact that a few leading local owners have stepped forward and put their weight behind sponsoring feature races this summer.

These other bloody energy sapping fatal distractions are enough to drive us to drink.

Besides being poorly handled and magnified tenfold in terms of damaging misinformation and non-existent public relations all round, one wonders what an excellent  marketing man like Micky Goss makes of it all. If he should ever decide to write one, his biography would be a bestseller one day.

After all, we have one of our innovatively prime successful Sales concepts next weekend and the Highveld and Cape Sizzling Summer Season that lie ahead, and we have men in suits arguing over things that most of us don’t understand – or frankly even give a damn about.

One wonders what happened in the days of old, when people just got on with racing.

Mind you, they probably weren’t angels then either I suppose and the chat forums haven’t exactly helped with papering over the cracks and creating that idyllic sense of well-being that is the general preserve of the ignorant.

Between the Confusion Commission, the disgraceful character assault on a lady few of us know and the alleged semantic shenanigans over the awarding of Bok Colours to our jockeys for next months’ International, it is quite amazing that there are still people willing to buy horses and sponsor races in this country. At least the punters still have chariot racing to fall back on from those rude sounding towns in Scandinavia.

But thankfully, there are also always those who are both fiscally and emotionally strong enough to see the bigger picture and invest further in their passion – for the benefit of the game at large and the rest of us hangers-on.

All four individuals are to some degree, major supporters of Cape racing.

Probably the most significant addition to the sponsor ranks (the story is carried in full elsewhere on these pages) is Dr Andreas Jacobs’ Maine Chance Farms, who have signed on the dotted line and taken over the sponsorship of the prestigious Gr1 WFA Paddock Stakes.

Word has it that Mrs Gaynor Rupert was willing to accommodate the Maine Chance Farms Paddock Stakes on her prestigious L’Ormarins Queen’s Plate raceday on 12 January 2013. This provides an excellent opportunistic platform for our premier wfa fillies and mares 1800m race and its new sponsor to piggyback on what has become the leading raceday in the country for many people.

Apparently Bloodstock SA chose not to renew their Paddock Stakes sponsorship, and are expending time and money by way of advertising their sales throughout  the year on Tellytrack, and in the various racing media. That just goes to show again how nothing lasts forever in  this game.

The Paddock Stakes became the first R1 million race for fillies and mares when it was run on 5 January 2008.

Former TBA Chairman Altus Joubert announced his organisation’s goal then of creating an inducement for our top fillies and mares to stay within the borders of South Africa.

The intention was that the increased stakes coupled with series-based bonuses, would give owners of the top horses more reason to stay put – and in time hopefully contribute to the upliftment of our breeding stock.

It was a great idea and a most noble cause. The other races mentioned then by Joubert included the Empress Club Stakes, the Majorca , the SA Fillies Sprint and the Majorca Stakes.

Joubert’s lead was followed by Phumelela, who announced shortly thereafter that the stakes for all Gr1 races under their control would be raised to a minimum of R1 million.

The Maine Chance Farms branding can only add a touch of class to the Paddock Stakes, and one hopes that they are here to stay. 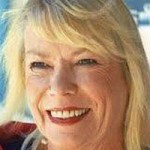 While a considerably lesser level of race, the Plattner Racing brand will also be most welcome.

It is probably most appropriate that they sponsor a race named in honour of a mare that carried their silks with such distinction. The gold, grass green and indigo silks have in reality been carried to victory by so many good race fillies over the past 15 years. The Laisserfaire Stakes is to be run on 29 December.

Laisserfaire, a daughter of Danehill Dancer, was trained by Chris Snaith and won 12 of her 16 starts.

Her victories included dual wins in the SA Fillies Sprint, the Computaform Sprint (beating Buddy Maroun’s All Will Be Well), the Cape Flying Championship in 2001 and in 2002, when she beat the sensational Nhlavini. She also won a host of fillies features along the way.

Mrs Plattner bought the farm known as Rondeberg flats on the Cape West Coast in 1998 and set out to create one of South Africa’s foremost private training establishments. Part of the 1200 hectare estate was developed into a magnificent horse racing stable and facilities for staff and the training of the horses.

The remaining land has been maintained in pristine condition with emphasis on nature conservation. There are stables for 71 horses and housing for 48 grooms. The farm includes a high-quality grass and Visco (rubber) or sand tracks. There is a swimming pool available to exercise horses that are injured. The Plattner Racing team also race out of a farm in Summerveld, KZN.

Plattner’s Cape return came quickly with a Met win within 5 years when Angus won the big race beating Free My Heart in 2003.

Her current trainer Yogas Govender took over from Brett Crawford who went on his own two years ago.

The Lektron Prix Du Cap will be run at the end of the season on 23 February.

The Lektron name has been seen on jockey sponsorships, including Cape heavyweights in Bernard Fayd’herbe and Andrew Fortune.  Lektron boss Keith Steinberg came back into racing after an extended absence from the game and races these days under the Two Oceans Racing banner mostly with Phillipi trainer Riaan Van Reenen.

Steinberg is also a partner in the talented Sage Throne with Colin Scott, but also enjoyed some success with the gallant Kahal gelding Majectic Sun a few years ago, when trained by Basil Marcus.

It is probably fairly said that he is better known as the legendary Marsh Shirtliff’s racing partner, but  Hamiltons Rugby Club administrator Bryn Ressel has had much success in recent times in his own silks – the yellow, orange and black of his favourite rugby Club.

Ressel is CEO of Calulo services, sponsors of the Premiers Trophy.

His best horse at present is probably the outstanding Trippi filly and winner of the 2012 Kenilworth Fillies Nursery, Hammies Hooker, trained by Mike Bass. But word has it that we have yet to see the best of his Dynasty colt Taipan, who looks a big runner in Saturday’s Listed Woolavington Handicap.

There is an event practically every Saturday throughout the summer, and thanks to Western Province beating the Lions last Saturday, the Listed Woolavington raceday this coming Saturday has some additional entertainment.

The Diary for the season:

Saturday 27 October – Listed Woolavington H’cap.
Free kiddies entertainment from 11:30 onwards.  After an exciting day’s racing at Kenilworth an invitation is extended to racegoers to watch the nail-biting Curry Cup finalfrom 17h00 on the big screens on the first floor. Half price drinks served  from 17h30 until 19h30, with complimentary snacks plus live entertainment.

Saturday 24 November – Green Point Stakes – A cheese ,wine and biltong festival will be held  at Kenilworth

Can Pierre do the Double?