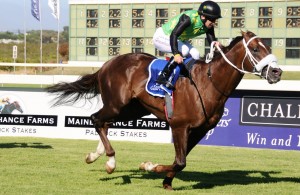 Jooste Racing Manager Derek Brugman admitted that the request made to the Emirates Racing Authority (ERA) for Variety Club to travel as soon as possible to Dubai was a “long shot” and re-iterated that should permission not be granted the superstar Var colt was not a definite to run in the J&B Met.

Brugman, said: “We have entered Variety Club in both the Godolphin Mile and Dubai Duty Free. Like his entry in last year’s Hong Kong Mile, it is also a political statement as we have to keep on applying pressure. We have the scientific measures and medical measures in place now and they can’t keep on hiding from that. We will carry on applying pressure until one day the ‘no’s’ are replaced with a ‘yes’.

Brugman said that a letter, written on behalf of the Joey Ramsden-trained horse by Racing South Africa, had been sent to the ERA at the beginning of last week and, in his opinion, it was indirectly a letter on behalf of all South African racehorses.

However, although Variety Club’s entry in the two races had been acknowledged, there had been no response to the request to travel.

“It looks like they are taking the ostrich approach again and hoping the problem will just go away,” said Brugman, who was due to meet with Peter Gibson of Racing South Africa yesterday in order to “chase up” the request.

Brugman said Variety Club’s running in the Met would be a “possibility” if he couldn’t fly to Dubai.

One target the connections still definitely have in mind is the prestigious Breeder’s Cup Mile in the USA in November. 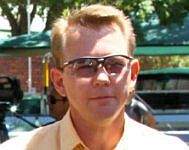 “He is one of the soundest horses I’ve come across,” he said.

Variety Club, who used his phenomenal gate speed to overcome his wide draw with ease, led from start to finish on Saturday and won going away by 2,35 lengths in most impressive style.

It was his third Grade 1 success, his ninth Graded victory and his twelfth win overall.

He is now universally regarded as among South Africa’s greatest ever milers.

Brugman was asked about the false start, in which Variety Club backed out of a gate that had not been properly locked, and was consequently the only horse to not travel a short distance before the second start.

He said, “It was one of those things that happen in racing. It looks like somebody messed up, but I’m glad all the runners were able to still take part. It might have taken the edge off some of the horses, but I’m not entirely sure it made a big difference. Jackson’s time was virtually the same as his time in the Green Point and he was beaten by about the same margin. So, it was an unfortunate incident, but I don’t think it had any material effect on the result.”