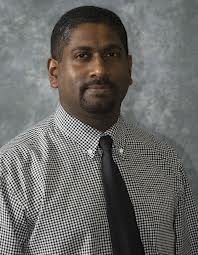 The National Horseracing Authority had no knowledge of a public meeting that was supposed to be held with the SA Grooms Association and the Gambling Board at their offices.

This claim was made by the CEO designate of the NHA in response to our request for clarity after SAGA National Chairperson Chophelikaya Simoto told the Sporting Post yesterday that he had been shuffled from pillar to post since his arrival in Johannesburg.

1.The NHA had claimed no knowledge of a proposed meeting.

Denzil Pillay said that he was not sure which meeting the Chairman of SAGA was referring to, as the NHA hadn’t scheduled a meeting with SAGA recently.

2.That the NHA CEO was on leave and nobody else was available to deal with the matter.

Denzil Pillay said that he was  not sure which matter was being referred to.

He stated that he was  aware that SAGA have stated that they have submitted demands to the NHA.  He confirmed that he had seen a list of these demands in the press release and the one that relates to the NHA is a recognition agreement between SAGA and the NHA.

He added that this ‘is a work in progress’ and is being facilitated by the National Gambling Board (NGB).

3. That the meeting had been moved to the offices of the Gambling Board.

Denzil Pillay said that in December 2012, he had invited Mr Diko of the National Gambling Board to discuss the role of the NHA in relation to the recognition agreement (between SAGA and NHA) which was proposed by the NGB.

He said he could only think of this meeting that he had scheduled with the gambling board and it was at the request of Mr Diko, on 22 January, that the meeting was scheduled at the offices of the NGB.

Pillay said that this meeting, as indicated, was initiated by himself in order discuss the role of NHA.

4.That the Grooms had been excluded from attending the meeting.

Denzil Pillay responded by stating that it was at this meeting with the NGB on 05 February 2013, that he had agreed that if SAGA wanted to meet with the NHA and the NGB, that the management of the NHA would meet with the SAGA and NGB on 14 February 2013 to discuss the role of SAGA and the recognition agreement between NHA and SAGA.