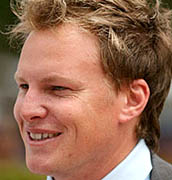 Ascot Stud stallion Sail From Seattle has made a bold start to his SA stud career and he looks to have a big chance of registering a first stakes winner when the smart Navistar takes on eight rivals in Friday’s R130 000 Listed East Cape Nursery.

The Fairview Friday show boasts a bumper eight race programme and is headed by a feature double, with the 2yo’s clashing over the 1200m straight in a race where five of the runners are yet to win a race.

Gone West stallion Sail From Seattle is represented by two runners, both trained by Alan Greeff. The Baitz’ owned and bred Navistar looks to be one of the most progressive 2yo colts to come out of the Eastern Cape this season, and his three runs have produced two wins and a place.

His place cheque was achieved in fine style on J&B Met day, when he ran a smart third in the Listed Summer Juvenile Stakes behind Snaith’s good filly, Only Emily, to whom he conceded 7,5 kgs.

Navistar’s last win, over Friday’s course and distance, was an impressive one as he drew off after showing pace all the way to beat Be The Best with ease, That fellow was receiving 4kgs from him, to add credibility to Navistar’s prospects here.

Seattle Storm won well at his second start, when showing good pace and drawing clear to beat Zobens by 1,75 lengths. One would imagine that stable jockey MJ Byleveld would have had the choice of rides.

New Spring looks well held by Navistar on the strength of his last effort when receiving 7kgs and being beaten over six lengths by his stablemate. He is also still a maiden after four runs.

Gavin Smith sends out a trio headed by the Windrush colt Be The Best, who has three good efforts on the board. Be The Best is carded to be ridden by the recently returned to action S’Manga Khumalo and has two seconds and a win to his credit.

Be The Best enjoyed the services of a 4kg claiming apprentice when going down 3,50 lengths to Navistar at his last start over the course and distance, and will have to be at his best to make up that leeway at level weights here.

He showed courage at his second start when displaying good toe, before recovering from a bump to beat New Spring a half length.

The Var colt Verlaine has run twice for a second place and then a win next time out. He has shown very good pace at both outings and if he can get away from his field, could prove dangerous.

Justin Snaith and Piere Strydom are a lethal combination and they team up with the Toreador colt Another Idea, who brings the curved ball of the Cape form into the equation.

The colt ran fifth 3,35 lengths behind Red Tractor over the Kenilworth 1000m on debut, and then came out flying to win his next start over the Durbanville 1000m a fortnight later.

He beat Rajistan a length there, and that one flopped when fancied at Kenilworth this past Monday. Yvette Bremner’s Kahal colt Plumtree has two unplaced runs to his credit and may need more ground to show his ability.

He was beaten over twelve lengths by Navistar over the course and distance last time, and looks well held. Corne Spies’ Sahvara is the third of the Sail From Seattle progeny and with five runs to his credit, the most experienced runner in the field.

Sahvara has not run since finishing 9,50 lengths behind the much talked about Red Ray at Kenilworth on 23 February, and while not far off with four fourths from his opening quartet of starts, he will have to improve to feature here.

Navistar looks a classy sort in the making and he is selected to win this contest and give his stallion a first stakes winner. Another Idea could be just about anything, and he could take on Be The Best and Seattle Storm for place money.