Fond Farewell. The brilliant What A Winter bows out in Saturday’s Gr1 The Mercury Sprint and is expected to make it a winning swansong

The legendary champion boxer Muhammad Ali once warned that ‘If you even dream of beating me you’d better wake up and apologize.’ That may be the brilliant What A Winter’s message to his thirteen rivals who will turn out to form a guard of honour on his swansong in Saturday’s R750 000 Gr1 The Mercury Sprint to be run over 1200m at Clairwood.

The allure and romance of horseracing lies in the star attraction of champions and Clairwood is likely to host one of its largest crowd of the season when the Bass Bomber steps into the ring for the farewell performance of an enthralling career. We expect it to be a winning one too as he bids for the Mercury double, after winning the prestigious sprint last year.

The son of Western Winter is scheduled to take up stallion duties at the world renowned Drakenstein Stud this season and is expected to make as much of a sensational impact in the breeding paddocks as he did on the racecourse. And for the sentimentalists, it may be worth reflecting as to whether Clairwood Raceourse will even still be in existence when What A Winter’s first progeny hit the racetracks. Good question.

The Daytona Stud bred What A Winter goes for his sixteenth win and his fifth Gr1 success on Saturday in a glittering career which fittingly launched with a debut win at the very same venue within 48 hours to the day, three years ago. He was Equus Champion Sprinter and Equus Champion Older Male in 2012. He has campaigned at the top level, with 16 of his 25 starts having been made in Group races.

What A Winter is the highest rated horse in South Africa with a 121 merit rating and is ranked ahead of current Horse Of The Year Variety Club (118). It is worth considering that the highest rated runner in last Saturday’s Gr1 Vodacom Durban July was a 113.That was prior to the race. What A Winter’s prep for this winning farewell has been nothing short of outstanding plotting and planning by the masterful Mike Bass.

It looks for all the world as if he is going in all set to race for another season, never mind readying himself to languish in a life of luxury (and some leisure and pleasure) in the magnificent paddocks of Drakenstein Stud. He has won his last four races on the trot and included in that quartet are two Gr1’s in the Cape Flying Championship in January and the Computaform Sprint in April up North.

He hacked up at his last start in a grass gallop of a Pinnacle Stakes when spreadeagling his field over the course and distance three weeks ago. Top heavyweight rider Bernard Fayd’herbe, who has ridden What A Winter to his last seven victories, will be in the saddle again. The WFA terms of this race give nothing else much of a chance of beating the champion. But we are dealing with flesh and blood and we race on turf, not on paper.

The closest rated genuine sprinter is What A Winter’s stablemate, Captain’s Secret. The 6yo ran a fair fourth in the Gr2 Post Merchants at Greyville last time and meets Welwitschia on the same terms for a half length beating by her. He walloped subsequent Golden Horse Sprint winner Contador when giving him 3kgs over the course and distance in the Marula Sprint in January. Captain’s Secret has always been rather inconsistent, but is a good sort on his day. Top Sprinter. Mike De Kock’s good mare Welwitschia looks capable of running a big race if she gets away on terms

If anything is to seriously challenge What A Winter, then we may have to look to Mike De Kock’s solid mare Welwitschia. The daughter of Oasis Dream is held by What A Winter on their Computaform Sprint clash where she ran third. She is a notoriously tardy starter though and inevitably turns it on late. This 1200m will be far more to her liking that the Turffontein 1000m.

Welwitschia ran a nice second to her stablemate Merhee in the Gr2 Post Merchants and goes to post a fit horse from a top stable. In the unlikely event of the champion fluffing his lines, Welwitschia looks the obvious one to swoop and pick up the pieces.

Our dark horse of the race is the Gavin Van Zyl trained Wild Type. A rare sprinting son of Strike Smartly, the seven time winner has yet to crack it at the top level, but is a talented sort with a smart turn of foot. He ran on July Day when outpaced and finishing fourth behind the speedy November Rain.

Wild Type stormed through late when running an excellent one length second behind Contador in the Gr1 Golden Horse Casino Sprint and now meets the Charles Laird runner on a kilo better terms.

Contador bounced right back to his best under Piere Strydom to win that big sprint at the end of May and the beautiful son of Var will be out to confirm that he is on the right path. He will be ridden by Kevin Shea. Brett Crawford’s brilliant 4yo Jackson returns after running a decent fifth to Martial Eagle in the J&B Met. While obviously running fresh, this will be far too short for him and his connections will be wanting to see him finishing off his race.

The Australian bred Royal Zulu Warrior appears to have gone off form and faded out to over nine lengths behind Contador in the Golden Horse Casino Sprint. He looks unlikely to challenge for anything of substance. 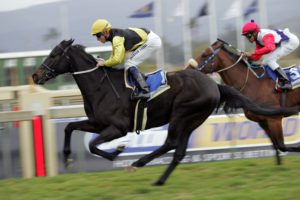 Dark Horse. Wild Type only needs to repeat his Golden Horse Casino Sprint effort to have a serious shout for a top three placing

Joey Ramsden has had a rather quiet Champions Season by his own exacting high standards (beyond Variety Club,that is) and the Cape champion conditioner sends out a coupling of Copper Parade and Shades Of Indigo.

Copper Parade is a Gr1 winner and has long been threatening to get back to winning ways. The son of Lecture also had a prep last Saturday when he too was outpaced before finishing three quarters of a length behind Wild Type. Copper Parade seldom runs a bad race, and it is always worthwhile incorporating him into quartet calculations as he tends to finish with a flourish.

His stablemate Shades Of Indigo won the Cape Merchants at his peak, and ran second to What A Winter at his last start. He ran on very smartly there in typically game fashion but is now 2kgs worse off with the champion and appears unlikely to reverse past meetings with the star. Vaughan Marshall’s Captain Al filly All Is Secret is a game sort who now takes on the boys for the first time in her career.

The Gr3 Poinsettia Stakes winner has her maiden outing at Clairwood on Saturday and finished a 3,75 length fourth behind the lightning fast Via Africa in the Gr1 SA Fillies Sprint at end May. She is capable of running a forward race and possibly earning place money.

The Mercury Sprint should provide a terrific contest, despite the obvious one sided nature of the contest. What A Winter fits the label of champion in every respect and this race looks likely to provide a fairytale ending to an epic adventure of achievement that commenced three years. They should not get near him. The race for second could be Welwitschia’s for the taking. This has been a Winter to remember!

Breeders On The Warpath