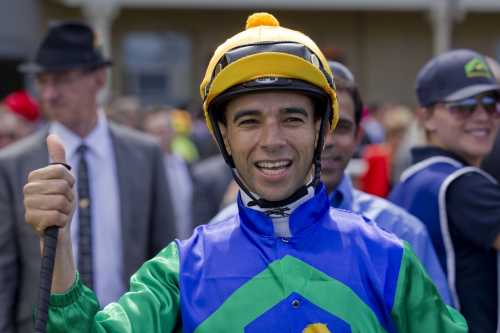 Magic! Joao Moreira made an impact at the challenge last year

The Avis International Jockey’s Challenge will include the Western Cape’s Kenilworth Racecourse this year. The triple header challenge will kick off with a night racing meeting at Turffontein 15 November and then move on to Kenilworth and Clairwood on 16 and 17 November respectively.

Racing Association Chief Executive Officer, Larry Wainstein expressed his thanks to the Challenge’s sponsors for their support and emphasised the importance of the series to South African racing: “Without the support of Avis, Peermont, Egypt Air and Sun International, to mention just a few, we would struggle to bring this level of racing to the South African public”, continued Wainstein.

The series began in 2008 and has grown in stature. The event provides a platform for the best South African jockeys to compete against a crack overseas team and has become recognized as one of the most important events on the South African racing calendar.

“The Challenge is important for our jockeys – not only to have their talents recognised with the awarding of national colours, but also to be able to compete in our own country against the world’s best. To further enhance the emphasis on jockeys, riders from the ranks of promising young jockeys are selected as part of the team,” he said.

The International Jockeys Challenge comprises four races on each day, with mounts being drawn and a points system deciding the winning team. The runners will be seeded before the draw in order to balance the chances of the two teams as much as possible.