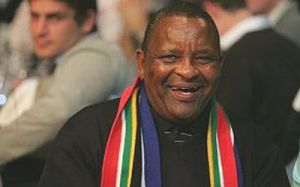 A storm is brewing after a recently formed National Jockey Association was granted SASCOC membership in an unlikely hurry and with what has all the signs of a glaring disregard for due process. It appears that the Protea colours awarded with such pride and fanfare to our top riders may just as well have been sold by a hawker at the local traffic intersection.

An outcry erupted last year when questions were raised by sections of the SA racing media about the legitimacy of the national colours awarded to our jockeys for the annual international jockeys challenge, which is organised, managed and hosted by the Racing Association. Once again, the leading lights of SA sports administrators at SASCOC appear to be just doing as they please without following due process.

A recently formed National Jockey Association is now a member of SASCOC, according to the sports agency that was involved in setting up the Association, ProSport International.

The SA jockeys were also awarded Protea colours again at the recent International challenge against the overseas jockeys.

Firstly, if the body was only formed this month, it was not eligible to have colours awarded.

Not only that, but it cannot be a member of SASCOC as SASCOC did not approve any new members at its meeting held on 9 November 2013.

It is all most irregular and unconstitutional.

1) When did the National Jockey Association become a member of SASCOC?

2) At which AGM was their membership tabled?

3) Do you have minutes from this AGM?

4) Protea colours were awarded to the jockeys for the recent International – who at SASCOC rubber stamped this and do you have minutes from this meeting?

5) Is this not misuse of the Protea emblem, which is a state asset? 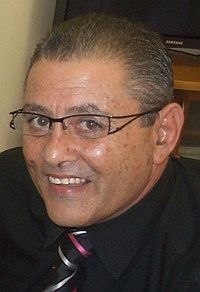 Joffe reports that he didn’t expect a reply from anyone at SASCOC (they take the 5th amendment on a lot of issues, he suggests) and he apparently received no reply from Makaab. Wainstein sent him a few emails saying, “who wants to know, what is it about … not prepared to comment and don’t have to …  ”

And then his last email:

“The R.A assisted the Jockeys Association to we did not apply the R.A HAS NOTHING to do with this association We just run the jockeys international event .I am busy trying to sort out Summer cup issues today and have given the people to speak  to  Prosport international  Or Sascoc what is this issue with The R.A?  Has the R.A transgressed any Rules?All we did was host an event that had been sanctioned by Sascoc .”

Joffe says he doesn’t begrudge the jockeys getting national colours as they are top sportsmen and women in their own right but it’s the irregular and unconstitutional way in which SASCOC has done it.

There are also sports like rugby league that are hitting a brick wall when it comes to getting SASCOC membership and out of nowhere, a jockey association gets membership and national colours.

It might also be worth noting that two SASCOC officials, Gideon Sam and Vinesh Maharaj sit on the Racing Trust board.

The directors of Gride are:

Secretary of the company is listed as Goldhawk Corporate Advisory.

The board members of Gride are not listed in the latest financials and when asked for the member names, Goldhawk and the auditor, Bester Greyling (Deloitte and Touche) referred Joffe to SASCOC.

But there was no reply from SASCOC again.

Greyling is also the SASCOC auditor and when asked if SASCOC and Gride had got clean audits over the last few years, his reply:

“Our South African professional standards restricts us from discussing or communicating any client specific information with the media. You are most welcome to contact SASCOC and request the specific information from them or request copies of their annual reports for the periods.”

At the end of the day, surely any horse racing or jockey association should fall under the SA Equestrian Federation, who in turn would have membership of SASCOC?

Why the separate membership?

You be the judge.