Trainer Joey Soma looks to have plenty to look forward to this season after his Fort Wood filly Athina made short work of her opposition to win the R250 000 Gr3 Three Troikas Stakes run over the Turffontein inside 1450m on Saturday.

It was a great race for the grand stallion Fort Wood as his daughters grabbed the top two positions to keep the cheques within South Africa’s most powerful racing family.

With a 3kg weight turnaround in her favour, Athina turned the tables on the former Oppenheimer filly Close The Gap in a thrilling race for the Slacks. The Gr3 Gauteng Fillies Mile winner Close The Gap ran a gallant second from a poor draw and a ten week break.

Athina had played second fiddle in the Fillies Mile, but asserted herself very smartly in this race with the benefit of a run under the belt and that weight pull.

The twelve horse field included some of the big names of this generation and the form is bound to work out, with a fitness tweak here and there.

They were smartly away and the pacy Samba Serenade led  Olive Leaf, Julie Doolittle and Sarasota, with Kings V and She’s A Looker further back. 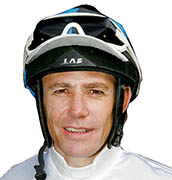 Into the home dash Athina was a dozen length back but going easily enough as Fransie Naude launched  the grey Samba Serenade into a lead, as the inexperienced Olive Leaf challenged.

In a matter of strides Athina was weaving her way through the traffic as Close The Gap also got going.

But superior fitness counted as Cormack had Athina in full flight to win going away by 1,25 lengths in a time of 88,28 secs.

Close The Gap ran on strongly and Ormond Ferraris will have her ready for feature action after this encouraging  start to her campaign.

Johan Janse Van Vuuren’s Emperors Palace Ready To Run Cup winner Winter Star also ran a cracking third  from a wide draw and she looks to be showing the improvement required at this stage, after a quiet sprint effort three weeks ago.

Athina’s jockey Sean Cormack, who has built a good relationship with the smart 3yo, said that she was a tough filly:  “When she is on song, she is very good. I have my reservations whether  she will see anything  beyond  a mile, but I will leave that up to Joey,” he said.

Trainer Joey Soma was all smiles and said that training horses for people like the Slacks was a ‘dream come true.’

“Her last run was too bad to be true. She was too far back and I don’t know if she enjoyed the lights too much.”

He said that Athina was a Fillies Guineas prospect and said that he was looking forward to the big feature days.

“The pace was on here and we saw the best 3 fillies in the race fight it out,” said Soma, while adding that his filly had received weight and enjoyed a better draw than the runner up.

Owner and breeder Mary Slack said that she was hoping for a dead heat with Close The Gap.

“But I must say a big thanks to Joey and Sean. They have done well with  Athina.”

Athina  was bred by Mauritzfontein from Fort Wood out of the one time winning Rich Man’s Gold mare, The Heiress.

This was a first stakes victory for Athina who has now won 3 races with 3 places from her 9 starts for stakes of R370 375.