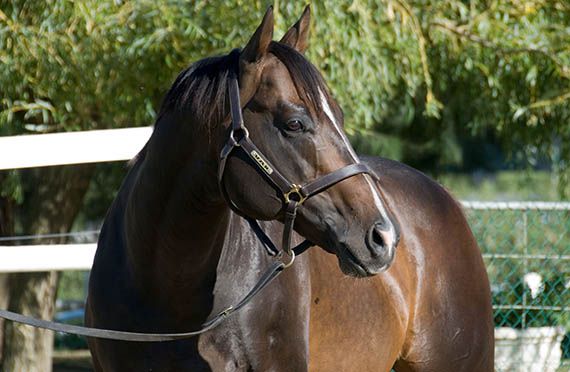 Scottsville’s premier race day last Saturday the 24th May, was dominated by the descendants of two stallions – Var and Rock Of Gibraltar.

Var had been represented last year with Via Africa (SA Fillies Sprint) and Contador (Golden Horse Sprint). His offspring certainly excel at Scottsville’s premier event – with another of Var’s sons, Villandry, having triumphed in Scottsville’s premier 2yo event, the Gr1 Gold Medallion, back in 2009.

The only one of the Scottsville’s sprints to have eluded Var’s offspring thus far is the Gr1 Allan Robertson Championship. To date, 3 daughters (Valeta, Valdivia, Sea Cat) have been placed in this prestigious Grade 1 race, but it is surely only a matter of time before a Var filly finds herself in the winners enclosure after the Allan Robertson.

The other stallion to make his presence felt at Scottsville this weekend was the Coolmore Stud based Rock Of Gibraltar.

A former Horse of the Year in Europe, Rock of Gibraltar (Danehill) was responsible for the first two fillies (Alboran Sea, Rich Girl) home in the Gr1 Allan Robertson Championship, while his son Seventh Rock (winner of the self same race in 2007) was responsible for Gr1 Tsogo Sun Medallion winner Guiness. Interestingly, Seventh Rock’s close relative, Harry’s Son (Haradasun) ran third in the Medallion.

Alboran Sea, winner of the Allan Robertson and a leading contender for an Equus Award, and Rich Girl, herself winner of the Gr3 Strelitzia Stakes, are both members of the last Australian crop sired by Rock Of Gibraltar. While Alboran Sea was a $105 000 buy at the Inglis Premier Sale, her paternal half-sister cost just $11 000 as a yearling. Needless to say, both fillies look excellent buys at their respective prices!

One of Europe’s most promising young sires, the Rock Of Gibraltar horse Mount Nelson, also has a smart representative in South Africa – his 3yo daughter Mohave ran second in the 2014 Gr1 Wilgerbosdrift SA Oaks.

Rock Of Gibraltar, whose daughter Ajaxana won Sunday’s G2 German 1000 Guineas, has now been represented by three local Grade One winners – in the form of Seventh Rock, Europa Point (Champions Challenge, Empress Club Stakes) and Alboran Sea. The stallion, whose seven Group 1 wins included the English and Irish 2000 Guineas, is also the sire of 2014 Wilgerbosdrift Gauteng Fillies Guineas winner Arcetri Pink.
To date, Rock Of Gibraltar’s offspring have won an impressive 102 races in South Africa, and earned in excess of R7.8 million in prize money in this country.

It is worth noting, however, that of Rock Of Gibraltar’s 11 current Grade One winners, just three won their major races in the Southern Hemisphere – and he is clearly a top-class stallion whose progeny are competitive throughout the world. With a number of well bred daughters and sons representing “The Rock” at stud in South Africa, it is safe to say that his influence looks to extend yet further over the years to come.

Var and Seventh Rock are intensely inbred to arguably the greatest stallion of the last century – Northern Dancer.

Guiness, the unbeaten winner of Saturday’s Gr1 Tsogo Sun Medallion, is a colt whose relatives include one of the greatest racemares in North American racing history. His fifth dam is the Argentinian bred mare Dorine.

Herself a top-class racemare in South America, Dorine made history when her daughter, Grecian Banner, was Kentucky’s Broodmare Of The Year in 1988. A daughter of brilliant 2yo champion Hoist The Flag, Grecian Banner herself won just once but made history at stud.

All five of Grecian Banner’s foals to race won, and her two stakes winners, Personal Ensign and Personal Flag (Private Account), were both multiple Gr1 winners. However, it was Personal Ensign who became a racing legend. Personal Ensign (Private Account) herself became a champion on the track, and at stud. Unbeaten in 13 outings on the racetrack (despite suffering a severe leg injury as a 2yo), Personal Ensign ended her career with an unlikely victory over Kentucky Derby heroine Winning Colors (Caro) in the Gr1 Breeders Cup Distaff of 1988, and retired to stud with earnings over $1.67 million.

More from: Breeding, Opinion
More on: Rock of Gibraltar, var