The brilliance of jockey Anton Marcus sealed the deal in a thrilling finish to the R3,85 million Emperors Palace Ready To Run Cup run at Turffontein on Saturday. The Australian-bred daughter of Rock Of Gibraltar, Rich Girl, made a mockery of her wide draw to defy a late challenge from Mike De Kock’s flying Judpot gelding, Dreamuponadream.

There have been countless times over the years that Ingrid and Markus Jooste have been winners rather than second box citizens thanks to the superior skills of their retained jockey, and even though Marcus suggested he was merely a passenger on the top-class filly, he waved a magic wand in those final strides as Anthony Delpech threw the proverbial kitchen sink at his mount.

The urban legend goes that Marcus actually suggested withdrawing Rich Girl when the draws came out and to add to his cynicism he had not believed that a filly of her nature would get the 1400m.

But the champion jockey went to post on Saturday with ‘three plans’ in the words of Charles Laird, and with a mandate to ride the race ‘as he found it.’

Out of the gates like a bullet, Rich Girl was brought across from her wide draw and was never headed.

She naturally came under pressure in the final 200m as Dreamuponadream, who found some traffic problems, came storming up on the inside rail.

But Marcus had timed it finely and his mount gave him more to hold on and win by a head in a time of 84,75 secs. She started at 9 to 2.

The favourite Tamaanee stayed on well for third just over a length behind Dreamuponadream, with Silver Class catching the eye when flying up late for fourth.

Stake money was paid all the way down to tenth poisition – a berth occupied by Jock Silberstein who faded late after showing good pace.

The fiercely competitive Anton Marcus was naturally pleased as punch afterwards but modestly said that he was merely a pilot.

“She gave it all and things worked out well. And as for the stakes, well that is just mathematics when one considers what Markus puts into the game. If he had to check his statements, he would turn it up in an hour,” he laughed.

An elated trainer Charles Laird, who trained the Street Cry filly Hollywoodboulevard to beat Igugu under Guillermo Figueroa in this race in 2010 for the same owner, said he had spoken to Jooste some weeks ago.

“He said he would be here to lead Rich Girl in! Anton rode a cracker and the fact that he rides work six days a week and knows the horses so well, really helps,” he suggested. “This is my favourite stallion too. Well done to everybody – it’s a great team effort,” he said.

Rich Girl was registering her fifth win from eight starts for two places and R2 103 100 in stakes. She had topped the RTR Cup log from day one and was the best rated runner in the race.

She won the Gr3 Strelitzia Stakes as a 2yo and looks a very valuable horse at this stage of the game.

She was bred in Australia by Chatswood Stud Holdings Pty Ltd, Victoria and then offered for sale at the Emperors Palace Ready To Run Sale where Charles Laird bought her for R550 000,

She is a daughter of the Coolmore Stud based Rock Of Gibraltar, a former Horse of the Year in Europe, out of the Giant’s Causeway mare, Miss Moguls. 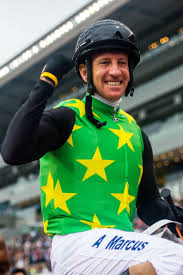 Rock Of Gibraltar is a top-class stallion whose offspring are competitive all over the world.

His sons Seventh Rock and the former high-class sprinter Rock Of Rochelle, whose first yearlings this year have sold up to R500 000, have made a bright start to their stud careers.

Rock Of Gibraltar has sired three local Gr1 winners – in the form of Seventh Rock, Europa Point and Alboran Sea.

The top stallion, whose seven Gr1 wins included the English and Irish 2000 Guineas, is also the sire of 2014 Wilgerbosdrift Gauteng Fillies Guineas winner Arcetri Pink, who placed in a Pinnacle Plate earlier in the day.

To date, Rock Of Gibraltar’s offspring have won over 100 races in South Africa, and earned in excess of R10 million in prize money in this country.