Two progeny of our ill-fated multiple champion sire Jet Master appropriately filled the top two positions in a race named in his honour at Kenilworth on Cape Guineas Saturday. In the end there was no stopping Dennis Drier’s top-class mare Jet Aglow who ticked over the R1 million earnings mark with a smooth victory in the R150 000 Listed Jet Master Stakes.

A Gr3 winner and multiple Gr1 placed performer, Jet Aglow was sent out a 2 to 1 favourite and she didn’t let her supporters down with a thoroughly professional performance.

Justin Snaith’s ‘miracle horse’ Jet Explorer, who had broken his jaw in an horrific accident in the Gr1 Gold Challenge just six months ago, showed a welcome form grab at only his third start since returning to racing, when rattling on late to grab a deserved second cheque.

The race was run at a good clip with KZN visitor Serissa leading Big Cat and Jet Aglow with Gone Baby Gone further back.

Confidently ridden by Sean Cormack, Jet Aglow floated into the lead down the inside at the 400m marker and with Readytogorightnow battling to get going on the rail, it was left to Jet Explorer to chase her home from some way back. 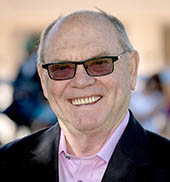 Dennis Drier – enjoyed a better day with a double

The mare strode clear to win by a convincing half-length in a time of 99,81 secs.

Trainer Dennis Drier has not enjoyed a vintage Cape season by his own high standards but she was his second winner of the day after the first-timer Seventh Plain won the first race. Both were ridden by Cormack.

Piet Steyn’s 75 to 1 outsider Friendly Tibbs snuck into third, ahead of the fancied Readytogorightnow.

Vanessa Harrison’s Jet Aglow (a private purchase) was bred by Carl and Amanda De Vos and is by Jet Master out of the three time winning Argosy mare, Lighthouse Girl.

Jet Aglow should pay to follow in the next two months.