One Fine Day has the class to win this

There is not a solitary ordinarily KZN-based runner in this evening’s R150 000 Gr3 Umzimkhulu Stakes to be run over the 1400m Greyville turf. It is possible that the quality visitors have chased any local aspirations into hiding.

The debate over whether Mike De Kock is a KZN or Gauteng trainer is an academic one.

The multiple champion has had double the number of runners in Gauteng as opposed to the coast this season and he holds the trumpcard with the high-class Trippi filly, One Fine Day. And some good back-up fire in the form of the Fort Wood filly Bang Sue.

But it is such a pity again that despite the whinging from owners and trainers when meetings are lost, the subscription is still not as enthusiastic as one would imagine it should be. Only six runners chase the decent stake.

The Drakenstein Stud owned and bred One Fine Day has standout form over the course and distance.

That was her cracking second place behind star 2yo Afrikaburn in the male dominated Gr1 Durban Golden Horseshoe – not her only Gr1 placed effort as she also ran into the money in the Gr1 Allan Robertson.

She has only had five runs as a 3yo and her 4 length fourth on Classic Day in the Gr3 Man O’War Stakes behind champion Carry On Alice was a run that suggested she is on song and ready to strike over a distance which suits her perfectly, 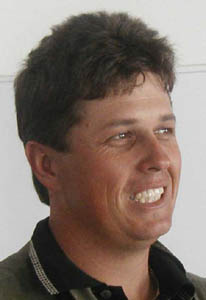 The conditions of this race suit her admirably and she is likely to have most to fear from Brett Crawford’s Alexis, a filly who has attracted betting support at most of her starts.

The daughter of Dynasty won’t have fitness on her side as she returns from a rest of 10 weeks following her very decent effort when 4,15 lengths behind Brutal Force in the richly endowed CTS Stakes at Kenilworth in January.

A three-time winner from six starts, she is yet to show that she is effective over the 1400m trip and will be racing for the first time on a right-handed track and under lights. A big ask!

Johan Janse van Vuuren has a coupling of Silver Class and Seattle Lady, and the former looks stronger.

The daughter of Silvano has her first run in KZN and comes straight out of the Gauteng Fillies Guineas where she ran unplaced and 5,25 lengths behind Siren’s Call.

Her previous two runs were placed stakes efforts in the Listed Swallow Stakes and Gr3 Three Troikas, where she was not far off the action.

With the best of the draw, she could be the lurker.

Her stablemate Seattle Lady was an impressive Vaal turf 1000m maiden winner by 11,25 lengths after some ordinary turf efforts.

She has run two decent sprint races since, but looks held easily by One Fine Day at these weights on her last start behind Amazing Strike in an MR 100 Handicap.

Seattle Lady goes the extra 400m for the first time and on her breeding and racing style, there is every reason to believe that she will get the trip with ease.

Stuart Pettigrew’s Future Fantastic has won 2 of 9 starts but has yet to be exposed at feature level.

The daughter of Lateral will need to improve on her last effort when fifth in an MR80 Handicap, but is very capable of placing at best. 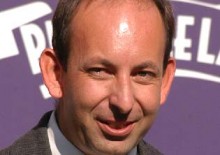 The Vaal trainer has demonstrated the benefits of industrious raiding and, while his daughter of National Emblem looks outgunned at these weight terms off her MR of 78, it would be foolish to think Spies is making up numbers with the engagement of top jockey Sean Cormack.

That said, she is yet to win on turf and is unlikely to achieve that feat in this strong company.

One Fine Day looks to have the proven class in her favour in a race where she comes in on very favourable weight terms.

Silver Class and Alexis (fitness the question) could be best of the rest.

Ed- Bang Sue has been withdrawn