Super Trouper has more to do on Sunday (Gavin MacLeod)

Super Trouper, winner of the 1600m Mercedes-Benz Ipi Tombe Stakes on March 8, takes on former rivals in the $12 600 Independence Trophy at Borrowdale Park today. The Independence Trophy will also be run over 1600m but, mainly due to the conditions of this race, Gokhan Terzi’s charge now has more to do, writes Sheldene Chant.

Of the 9 runners all but Killa Man ran in the Ipi Tombe and, apart from Gentle Brook and Equina,  they now meet Super Trouper on better terms.

On March 8 Glorious Jet finished two lengths behind Super Trouper (his stablemate) when receiving 1.5 kgs, and this time he will be in receipt of 4kgs.  Super Trouper will be ridden by Apprentice Mathew Thackeray, claiming 2.5kgs, while Glorious Jet retains the services of Apprentice Wesley Marwing, claiming 1.5kgs.  The son of Jet Master was Tote Favourite last time out and I would not be at all surprised to see him turn the tables here. 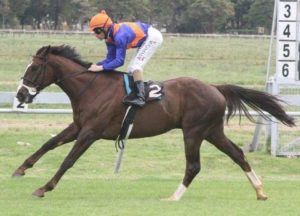 Menacing, 1.25 lengths back at level weights in the Ipi Tombe, will now get  2.5 kgs from Super Trouper.

Lucky Sam, 1.5 kgs better off, finished 3.50 lengths behind the Ipi Tombe winner at level weights – and this was his first race as a four-year-old.  Although Alula Borealis was among the also rans when he last met Super Trouper, he is 3.5 kgs to the good this time and on Ipi Tombe day I was expecting him to do better.

This will be Killa Man’s fourth outing since coming back from a tendon injury.  He is showing signs of a return to his best form and on February 22 finished a gutsy third to Heron Boy in a 1900m MR 70 Handicap, giving away 7 kgs.  Dynasty’s son will be ridden by Fanie Chambers.  He is a 4-time winner from 1600m – 2400m, will carry 54 kgs,  is drawn 1 –  and this could be interesting.

Taken all round the Stidolph stable appears to have plenty of ammunition …the difficulty lies in deciding who will be top marksman.

Amy Bronkhorst’s well performed pair, Equina and Gentle Brook, both ran below par in the Ipi Tombe, and neither get any respite weight-wise here.

Equina was coming back from a lengthy lay-off and will now meet Super Trouper at level weights.  She received 2,5 kgs and a 6.40 lengths beating on March 8.  The versatile Gentle Brook can usually be relied on to finish in the placings but she finished just ahead of Equina in the Ipi Tombe. That day Super Trouper gave Gentle Brook 6.5kgs, which is now reduced to 2kgs.  However, as 1600m may be on the short side for Equina these days – and Gentle Brook  is entitled to an off day – it is safer to reserve judgement until after Sunday’s race. 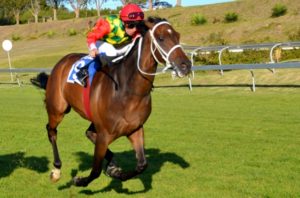 Two Gun Kid, trained by Seb d’Aquino, has yet to score in Zimbabwe but was 3.80 lengths off the pace in the Ipi Tombe Stakes. Apprentice Diego de Gouveia (claiming 4 kgs) has the ride again and this time Two Gun Kid receives 6,5kgs from Super Trouper -2kgs more than in his previous outing.  This will be the Toreador gelding’s third start in Harare and one day he is going to catch us napping.

The Independence Trophy is the penultimate leg of the Borrowdale Park Pick 6.  With the carryover from the March 8 meeting the pool is expected to reach R500 000, and if you think choosing a banker here is tricky just wait until you look at the other fields. 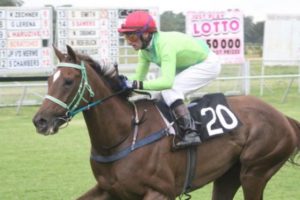 Top weighted Quick Glance will be ridden by Apprentice Marshall Bikausaru (claiming 4kgs) and, including Quick Glance, the Corne Spies yard will be saddling nine of the runners.

Going by recent form most of this field could have a say in the finish, so, reach for a pin