The dogs were howling for months last year about a Var colt called Juan Two Three. The Alan Greeff-trained galloper has not let anybody down. His 8,50 lengths winning margin aggregate at his first two starts will see him start a hot order to win the R150 000 Listed East Cape Nursery at Fairview today.

The Scribante family have been staunch owners in the region for many a year and their white and orange silks have been carried by some fine horses. Juan Two Three could be right up there with the best of them.

The R260 000 National Yearling Sale graduate and full-brother to the exciting Generalissimo, made his debut in mid- January and cruised in to beat City Express with arrogant authority.

He was reported to have made a respiratory noise but that did not repeat itself next time, and again over the Fairview 1000m, when he started 4 to 10 and was never off the bridle beating Rosslyn Chapel by 3 lengths. The runner-up is now 3kgs worse off.

Juan Two Three goes the extra 200m and it is difficult to see anything troubling him. 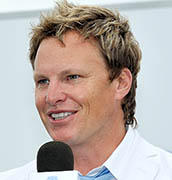 Justin Snaith will be looking to grab the honours

Justin Snaith would not have travelled Captain Swarovski  up if he didn’t believe he could beat the local hotshot.

Captain Swarovski won over the Kenilworth 1200m at his second start in early February narrowly accounting for Schachar. Subsequent winners Tar Heel and Shap Shap were behind there, so the form looks relatively solid.

The Gavin Smith trio is headed  by debut winner Dynamic Speed, who could give his exciting new sire Querari a first stakes winner were he to score here.

He was backed into odds-on to win on debut and came home with ease. It is interesting to note that he won in faster time than Juan Two Three at both his wins. But that is a largely  academic observation  given the fact that no buttons were pressed on the Greeff galloper.

The Argonaut gelding American Slang is still a maiden and is well held by Juan Two Three and his stablemate Dynamic Speed.

He looks well held by Juan Two Three on his penultimate run though and can probably hope for a place cheque at best.

While Juan Two Three has him well held, he does enjoy a 3 kgs turnaround with Rosslyn Chapel and they could be closer together. 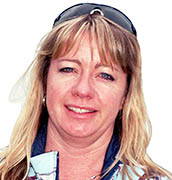 The Yvette Bremner trained La Rebel is the second of the two fillies in the race.

The daughter of Rebel King won readily on a long-priced debut and then ran an eyecatching second to Cape visitor Princess Royal in the East Cape Fillies Nursery.

That was a good effort for a few reasons: she was slow away and made up good ground – and the Cape filly (Princess Victoria’s half-sister) is highly thought of.

Juan Two Three’s stablemate Thembisa is the other filly in the race.

The daughter of Antonius Pius won well on a heavily backed polytrack debut and comes in as an unknown quantity at her first jump on turf and only her second start.

Alan Greeff is bound to have a work line on the two and it is best that the betting is monitored – although we cannot see her beating Juan Two Three.

He is a confident choice to win this from Dynamic Speed and Captain Swarovski.