Multiple champion conditioner Mike De Kock produced the magic when the smart 3yo  Australian-bred filly Alboran Sea scored her second consecutive Gr1 victory after a 13 week break. She ran on powerfully to beat Carry On Alice in an all-girls exacta finish to the R1 million Gr1 Computaform Sprint at Turffontein on Saturday.

It was extraordinarily Mike De Kock’s first ever win in the prestigious speed event and a third for the in-form Avontuur sponsored Anthony Delpech. The combination won three features on a day of mixed fortunes, while Delpech individually picked up four winners in his drive to recapture the SA Jockey Championship.

The fourteen strong Computaform Sprint field included challengers from around the country and looked to be one of the most powerful classes for many a year.

KZN kingpin Captain Of All looked a million dollars in the pre-race after his recent recordbreaking effort in KZN and was installed a 16 to 10 favourite.

Carry On Alice and Trip Tease were in the vanguard early as Cape Flying Championship winner Alboran Sea was relaxed a few lengths off down the outside, with Captain Of All appearing to be outpaced.

Into the final 400m, Carry On Alice and Alboran Sea made it an all-girls affair as they went for home in a thrilling tussle..

Into the last 100m, Alboran Sea asserted her superiority and took command to hold a game Carry On Alice, with the goodlooking 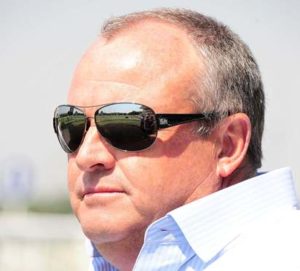 Captain Of All storming through for third to hold the consistent Trip Tease.

The 6-1 Alboran Sea won by a neck in a lightning fast time of 55,59 secs, just outside former champion sprinter Mythical Flight’s course record of 54,96s

There were a few disappointments – the likes of Tevez Willow Magic and Dollar Dazzler not showing, while the Cape challenger Fly By Night ran stone last.

By Rock Of Gibraltar she is out of the US bred daughter of Toolighttoquit, Lady’s Light.

The original plan was to give her one more run in the SA Fillies Sprint and then hit the world stage. That still makes plenty of sense.

4 comments on “Walking On Water”