The R200 000 Gr3 Cape Of Good Hope Nursery has attracted a decent field of males this year after being abandoned and reopened for entries last year. It appears the fortnight later slot in the programme has worked and Epsom-bound Joey Ramsden will be thrilled about that.

Ramsden won the race with Kingvoldt last year and was vocal in his criticism of his colleagues’ apathy and reluctance to run their babies. He has a strong hand this year with a three of the eight runners carrying his flag.

Chief amongst them is Anton Marcus’ mount Tar Heel, a son of Var, who was an emphatic winner of the Listed Somerset 1200 at his last start.

Tar Heel won that event going away beating Western Storm by 1,75 lengths. He has won 2 from 4 starts.

Western Storm, another smart son of Var, is 2kgs better off on Sunday and Brandon Morgenrood and trainer Glen Puller will be keen for revenge.

He actually beat Tar Heel by 0,75 lengths at level weights over 1000m at his penultimate start.

Captain Chaos was 3,75 lengths back in the Listed Somerset 1200m and is 2kgs worse off here.

The son of Captain Al ran on smartly to win his maiden on debut and will no doubt be hunting place money again.

Joey’s second and third stringers The Stone Thrower and Professor Brian finished 8,05 and 17,60 lengths back in the Somerset 1200 and are both up 2kgs in the weights.

Ramsden’s youngsters can never be disregarded and there could be improvement from both if the weather turns on its head – or Tar Heel has an off day.

Greg Ennion is enjoying a scintillating season and he saddles the Noordhoek Flyer colt Northern Corner, who ran on well to break his maiden over the course and distance at his fourth start.

The Birch Bros chestnut had improved with every run and he will have his supporters to upset Tar Heel from a 1 draw. 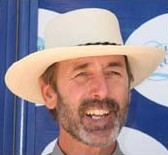 Stan Elley’s Eighth Wonder won his second start beating Storm Front going away in the middle of May.

There is little question that the son of Captain Al will appreciate the extra 200m.

The maidens Captain Magic and Mystical Twilight would probably battle ordinarily in Gr3 company, but the latter returns from a half decent effort when third, 5,60 lengths behind Arabian Beat in the Gr1 SA Nursery at Turffontein on Champions Day.

The son of Great Britain was staying on well there and it is worth noting that Arabian Beat confirmed his standing with a runaway win on Saturday.

Captain Magic placed at his first three starts but ran no kind of race last time when finishing over ten lengths behind Fifty Cents over Sunday’s track and trip.

There is little choose between Tar Heel and Western Storm at the weights and it should boil down to a match between the two.

Mystical Twlight returns from Gauteng and looks a fair sort with a Gr1 place behind a top Joburg 2yo to his credit.

Eighth Wonder, Northern Corner and The Stone Thrower should fight over the place cheques.

No Charity From Majmu