Justin Snaith pulled a dashing rabbit out the hat when the goodlooking Australian-bred 2yo Ready To Attack swept down the inside rail to win the R200 000 Gr3 Langerman at Kenilworth on Saturday. The son of Vinery stallion More Than Ready joins an illustrious honour roll of a race noted for producing really decent horses.

The major difference in profile between the Snaith victor and the past winners of the winter juvenile feature (which includes such equine luminaries as Variety Club and Act Of War), is that Ready To Attack came into the contest a twice-raced maiden.

And many would have believed that any baby left in the Cape and out of the Snaith KZN Champions Season squad, was either backward or not too good – or a combination of both.

The Hassen Adams and Jooste owned colt was thus unsurprisingly allowed to run freely at 12-1, an unusual occurence for a Snaith-Fourie runner on any raceday in South Africa.

The well-tried Mike Bass runner Ernie carried topweight as the only two-time winner in the field of eleven and despite him pulling a wide draw, again, he went off favourite, as a promising looking son of Elusive Fort.

Joey Ramsden, who was going for an unprecedented ninth Langerman winner in the 21st century, had two in the race – but his Cape Of Good Hope Nursery runner-up, The Stone Thrower, was to prove a disappointment, with the Aussie-bred Macduff running on into the places – and looking like a horse who will be better next term.

Glen Puller’s Larimar dashed off to the lead and was chased by Ernie and Lord Marshal, with Kemal Kavur, Red Rex and Macduff in the queue.

Ready To Attack raced green around the bend as he languished some ten lengths back near the rear of proceedings.

Lord Marshal had been tracking the pacesetter and he looked dangerous at the 350m marker as Karl Neisius kept him balanced down the middle of the track. He runs with a high head carriage. 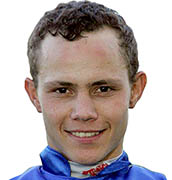 At the 200m it was anybody’s race, with the ever-present Lord Marshal looking strong as Ernie chased down the outside, and Macduff geared up in the Kantor silks a length in arrears.

But Ready To Attack had been making ground down the rail, and once the penny dropped, he made his pull at the weights count as he charged home to win going away by 1,75 lengths in a time of 93,50 secs.

Dean Kannemeyer’s Lord Marshal had been there for most of the journey and did well to stay on best of the rest, 0,75 lengths ahead of the fast-finishing Macduff in third.

The weak favourite Ernie found his weight too much and was a touch one-paced late in the race. He stayed on for fourth cheque, and, like Lord Marshal, looks likely to be a factor over slightly further.

Bred by Segenhoe Stud, he is by Southern Halo stallion More Than Ready, whose yearlings averaged A$320 000 at the 2015 Inglis Easter Sale

Ready To Attack is out of the stakes performing eight-time winning Cape Cross mare, Gaze, who won from 1200m to 2020m.

A well-bred youngster, he looks to have class and ability and should be an interesting 3yo to follow in the Cape summer season.

2 comments on “The Best Form Of Defence”

Ride Of The Day!

Stakes Win For The Falcon