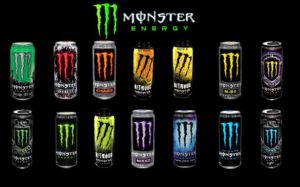 The owners of American Pharoah have agreed to a marketing deal that will blanket the horse with logos from the energy drink brand Monster ahead of his run for Triple Crown glory on Saturday.

Financial terms were not disclosed, but the deal, struck between Zayat Stables and the company and negotiated by New York-based Leverage Agency, is believed to be one of the largest single-horse sponsorship deals in history.

The deal will give Monster the right to have its logo on the horse’s prerace cooling blanket and for the company’s Monster girls to surround the horse leading up to the Belmont Stakes. The company also will get its logo on the hats of the Zayats, the family who bred the horse and recently sold his postrace stud rights for more than $20 million. The logo also will be on the collar of jockey Victor Espinoza during the race.

The deal will give Monster the right to have its logo on American Pharoah’s prerace cooling blanket and for the company’s Monster girls to surround the horse leading up to the Belmont Stakes.

“We have a horse that’s a unique talent that is going for the Triple Crown, and we’re pleased to be associated with a beverage brand like Monster,” said American Pharoah owner Ahmed Zayat, whose riches came from selling his own beverage company to Heineken in 2002. “We hope the drink gives our horse that extra kick.”

Mitch Covington, vice president of sports marketing for Monster, said he couldn’t pass up the opportunity to attach his brand to a great athlete.

“We can’t wait to be a part of possibly going down in history with our name attached to a fine American icon,” Covington said. The deal fits the sponsorship profile of the brand, which Covington says is based on spur-of-the-moment spontaneity.

“We don’t do a lot of television ads and we take a very nontraditional approach — we put our logo on good-looking girls, music events and parties,” he said.

Leverage Agency CEO Ben Sturner, whose company also negotiated the Skechers deal with California Chrome ahead of the horse’s Triple Crown bid last year, said Monster might not be the typical sponsor in the sport, but “the energy and excitement that American Pharoah has generated around the world syncs perfectly with the brand.”

Sturner said other associate sponsorships will be sold in the coming days, including the logo on Espinoza’s pants and boots and the logo on the Belmont barn that American Pharoah will occupy.

The horse is trying to become the first to win all three legs of the Triple Crown since Affirmed in 1978. In the past 15 years, six horses have won the first two legs and failed to win the Belmont.

Mike Out To Spoil A Nation’s Party