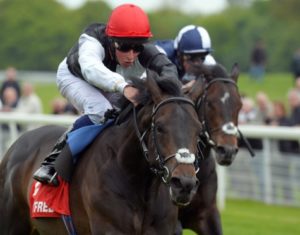 A dramatic and memorable afternoon of racing in Great Britain continued into the evening here on Saturday as Golden Horn, the Derby winner, survived a stewards’ inquiry to be confirmed the winner of the Irish Champion Stakes. Golden Horn veered sharply right in the closing stages and gave Free Eagle, the second favourite, a bump that knocked him sideways – but, unlike the officials at Doncaster, the stewards decided to let the result stand.

John Gosden, the trainer of Golden Horn, said he believed his colt had jinked because he was about to gallop out of bright sunshine and into the shadow of the grandstand. Whatever the reason, the interference almost certainly cost Free Eagle second place and the chance, at least, to challenge for first.

Had the stewards decided to disqualify Golden Horn, Gosden’s colt would have been placed behind Free Eagle in third, with Found, whose trainer, Aidan O’Brien, had won the St Leger in the stewards’ room earlier, promoted to a very fortunate first place after finishing a length behind Golden Horn. 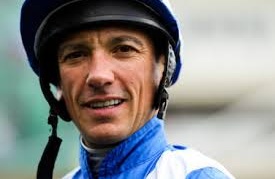 Frankie Dettori = ‘bit of a shame…’

In jurisdictions that automatically place horses causing serious interference behind the runner that they impede, Golden Horn would have been a certainty to lose the race. Ireland’s rules, however, like those in Britain, are more generous to winners and Golden Horn’s victory was confirmed a couple of minutes after Dettori had returned to perform a flying dismount.

Gleneagles, the 2,000 Guineas winner, had been scratched from the race a few hours earlier after heavy overnight rain, but Golden Horn still faced an outstanding field and was sent off odds-against at 5-4. Dettori was soon in front, perhaps to avoid any repeat of last month’s defeat for Golden Horn behind a slow pace in the International Stakes at York.

Despite getting the run of the race, he still had a battle in the straight and Free Eagle was forcing Golden Horn to find more before the dramatic closing stages.

“It’s a shame because it put a bit of a dampener on a great performance,” Dettori said. “It was a stellar field and he was showing what a good horse he is.

“Pat [Smullen, on Free Eagle] came to me then I gave him a couple of cracks and I got the measure of him and I thought, right, come on, let’s go home. All of a sudden, he just took a right turn. He must have seen something.” 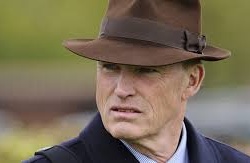 John Gosden – headed into Arc if the going is decent

Gosden said: “You don’t notice it on the screen, but he’s run across the shadow of the grandstand and then straightened up. A photographer who was down there has pointed out to me what happened.

“We would like to go to the Arc [in early October] now, the only thing I wouldn’t want to do is run him on really soft ground or heavy.”

Golden Horn is best-priced at 10-1 for the Prix de l’Arc de Triomphe, in a market headed by Criquette Head’s mare Treve, the winner of the race for the last two seasons, at 2-1. She is due to have her final race before attempting to win an unprecedented third Arc in the Prix Vermeille at Longchamp on Sunday.

A Special Day: The Shaws Open Their Hearts

Get Your Zack Back Today!