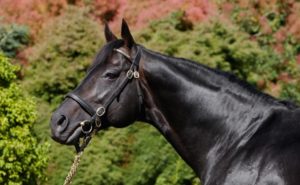 Cape Cross’ previous Arc winner, Sea The Stars, (like Golden Horn, beaten just once in his career) was himself in the news this past weekend when his son, Star Storm landed Saturday’s Gr3 Cumberland Lodge Stakes at Ascot. In the process, the James Fanshawe trained colt became Sea The Stars’ 24th black type performer in 2015, and his sire’s 11th group/graded winner in total.

Cape Cross is much more than just the sire of two great colts. To date, the son of Green Desert has sired 100 black type winners in total, with his 11 Gr1 winners including the mighty Ouija Board, whose seven Gr1 victories include the Irish and Investec Oaks, and whose son Australia won the 2014 Gr1 Investec Derby. Barring Galileo and Montjeu, few sires have made more impact on the Epsom classics in modern times than has Cape Cross, whose daughter, Rising Cross, nearly caused a 33-1 shocker when second in the Vodafone Oaks of 2006. Champion sire in France in 2009, Cape Cross, who has been represented by 10 stakes winners in 2015, has had just a handful of runners in South Africa, with his best being Dollarmation, the latter beating subsequent Horse Of The Year, Ilha Da Vitoria (Candy Stripes) when second in the Gr2 Elevation Stakes. 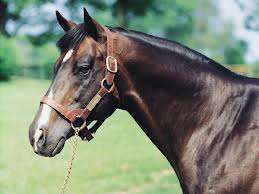 Muthmir, third in Sunday’s L’Abbaye is inbred to Danzig, a cross which is enjoying increasing success the world over.

Interestingly, Golden Horn is inbred to Lorenzaccio (Klairon) –a horse who broke the hearts of many racing fans when defeating the great Nijinsky II in the Champion Stakes of 1970. Lorenzaccio’s name will live in pedigrees for decades thanks to the deeds of his hugely successful son, Ahonoora –sire of classic winners Don’t Forget Me and Dr Devious, outstanding sire and broodmare sire, Indian Ridge, and broodmare sire of such horses as Cape Cross, Derby winner and champion, New Approach (Galileo), influential speed sire, Acclamation (Royal Applause), and US Horse Of The Year, Azeri (Jade Hunter), to name but a few. Ahonoora is also broodmare sire of former champion SA sprinter Tracy’s Element – herself dam of ill-fated Australian Horse Of The Year, Typhoon Tracy (Red Ransom). Other notable performers inbred to Lorenzaccio include Irish Derby runner up, Definite Article-best known as the sire of four time Gr1 Irish St Leger winner Vinnie Roe.

Lorenzaccio is found twice through Ahonoora (damsire of Cape Cross) and through Golden Horn’s fourth dam, Lora. The latter produced 1000 Guineas winner, On The House (Be My Guest) and is a three parts sister to Klairessa (Klairon), dam of champion sprinter, Habibti (Habitat), and the outstanding broodmare, Eight Carat. 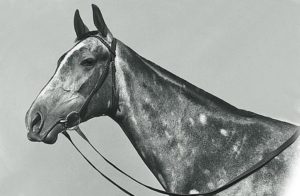 It should not be forgotten however, that Golden Horn, while being by a very good sire, owes plenty to his superb female line. He traces back to the mighty Mumtaz Mahal, as does another Arc winner of recent times, Zarkava (Zamindar), while other recent stars tracing back to the “Flying Filly” include former SA Horse Of The Year, Igugu (Galileo) and this season’s Gr1 Pretty Polly Stakes winner, Diamondsandrubies (Fastnet Rock).

Honey For The Money?