South African champion trainer Sean Tarry demonstrated his guile and astute foresight when overcoming the notorious PE wind and a kick in the proverbial you-know-where, to make a clean sweep of the R350 000 Gr3 Algoa Cup run at Fairview on Sunday.

It was Tarry’s first visit to the Windy City – and probably not his last – as he produced the goods to saddle the top two home in the local ‘July’.

And what a thriller the 2000m event turned out, with full marks going to 22 year old Julius Mariba, who used his initiative early and went on to snatch victory from the jaws of defeat – after the 4yo Seventh Rock colt Stonehenge had looked dead and buried at the 400m, playing the Pied Piper for much of the way. Julius Mariba produces the magic to keep Stonehenge going – third placed Masterly flies up in the gold and blue on the outside (Pic: Coastal Photos)

After local hope Kalamain lost many lengths at the jump, the Cape challengers dominated early as Gothic led Mountain Master and Current Event – but the pace was on the sedate side and Stonehenge was bravely taken forward by Mariba. 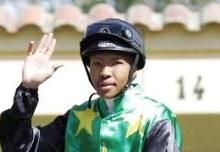 Into the home run Stonehenge came under pressure from Symbolik as Krambambuli also moved up dangerously.

Despite being overwhelmed momentarily and passed, Mariba put his head down and gathered Stonehenge for a final burst.

The 4yo showed courage as he came right back and held off the storming late challenge of his more fancied stablemate Orchestrated down the inside rail by a head in a time of 125,53 seccs.

The consistent Masterly came out of the pack to beat his stablemate and weak favourite, Krambambuli, for the third cheque.

Jockey Julius Mariba, the man they call ‘China’ or ‘Ju’, said that he had felt positive after the way his mount had gone to start – and on his good work at home.

“Things didn’t go exactly according to plan in the race -and I know Mr Tarry doesn’t want us jockeys fighting his horses. So I decided to go up there and it worked out well,” he said almost matter of factly. 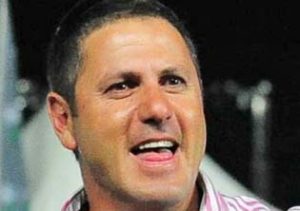 Trainer Sean Tarry will not be complaining about his 100% strike rate in the province – even if that pre-race hoof from Stonehenge almost landed him a knockout blow.

“We had such a good game plan but with the wind, things were disrupted. I’d suggest that for any trainer here for the first time, that they saddle out back! As for the race itself, Orchestrated was supposed to sit second and Stonehenge midfield. But both my jockeys used their initiative, and both my horses are winners to me,” he said with a smile.

Tarry said he was pleased that the Joburg horses on the up had made the trip and scooped PE’s major prize and that the Group win for the Seventh Rock Syndicate was a ‘big one’ over the distance. 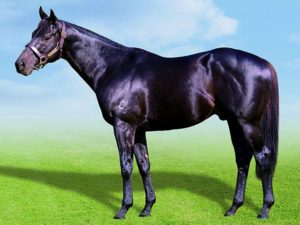 Tarry purchased three progeny of Seventh Rock at the 2013 Cape Premier Yearling Sale Book 1 and described the R100 000 Stonehenge as the pick of the trio.

Stonehenge has won 3 races with 4 places from 12 starts and had his gross career earnings boosted to R386 000.

Bred by Daytona Stud, he is a son of Seventh Rock out of the prolific winner producing Twig Moss mare, Pacific Sunrise – a winner of 3 races.