With the 2016 Dubai World Cup Carnival starting next Thursday, the blue of Godolphin makes a return to Meydan on Friday with Charlie Appleby saddling two runners at the New Year’s Day matinee fixture.

A competitive card, sponsored by Emirates Global Aluminium (EGA), has been assembled and several Dubai World Cup Carnival aspirants will be vying for a share of the AED830,000 prize money on offer.

A Meydan trial winner in the closing stages of 2015, Godolphin’s Blue Creek could be the one to beat in the opening 1600m maiden. Richard Mullen takes the ride.

His dam, Blue Bunting, was a dual Classic winner who stayed well enough to be aimed at the 2900m St Leger so Friday’s 1600m could turn out to be a minimum stamina requirement for Appleby’s charge.

“He is a nice young horse,” said Appleby. “He won his trial nicely so the surface is no issue. He will stay further in time but a 1600m maiden looks the ideal start point.” 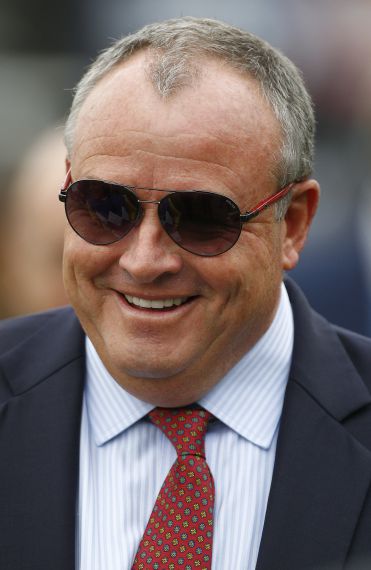 Adding further intrigue is the fact that Mike de Kock is also represented with a debutant; in his case Jununee, the mount of Wayne Smith.

A 340,000gns yearling, Jununee is another who looks as if he will need further in time.

“He shows ability at home,” said Smith, fresh from deadheating in the Doha Derby on Wednesday on the De Kock-trained Tannaaf. “He is going to improve for the run but is ready for his first race.”

Of those who have contested a race, the Doug Watson-trained Tobaco looks the main danger having finished an excellent second on his debut at Jebel Ali.

“He ran well,” said Watson. “He was green early on but, when the penny dropped, he ran on very well and was only just beaten.

“He should run well again but this could be a stronger race than last time.”

Appleby and De Kock also clash in the 1600m handicap in which Zephuros and jockey, Mullen represent the Godolphin handler.

“He has been here all summer and thrived,” said Appleby. “He has a great draw for a horse who races prominently and we are expecting a big run.”

The most valuable race on the card is an AED165,000 1400m handicap in which Dubai World Cup Carnival prospects Kasb and Kilt Rock must concede weight to their seven rivals. Twice a winner in England for John Gosden, his best form looks strong and would make him a serious contender here and advertise his Dubai World Cup Carnival aspirations.

After a busy juvenile campaign, he raced just once in 2015 but, as a result, should be fresh for his new venture.

Conversely, the Doug Watson-trained Kilt Rock is a veteran of the UAE scene and can boast a Meydan turf victory, as well as five wins on the Jebel Ali dirt.

He is owned by EERC (Emirates Entertainment Racing Club) whose spokesman, Justin Byrne said: “We were going to run him at Jebel Ali two weeks ago but the conditions of this race looked more in his favour.

“We think he will be very competitive.”

However Kilt Rock’s regular partner and Watson’s stable jockey, Pat Dobbs, elects to ride stable companion Dornoch, like Kasb, having his first start in the UAE.

Perhaps significantly Dobbs was aboard Dornoch on his final start in England when trained by Robert Cowell. That was in June when, seemingly, well beaten in a 1600m handicap at Haydock.