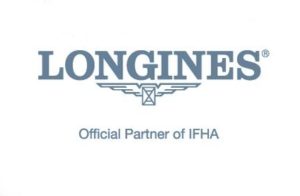 The Longines Worlds Best Racehorse Rankings are for 3yos and upwards which raced between 1 January and 6 March 2016 and the latest rankings put SA’s 2016 Met winning filly, Smart Call, in the top 10.

A trio of talented runners from across the globe find themselves tied atop the first edition of the LONGINES World’s Best Racehorse Rankings for 2016.  Although none of them are based in the United Arab Emirates, all three are being pointed toward the lucrative Dubai World Cup card on 26 March 2016. 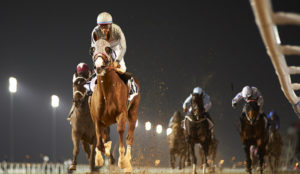 CALIFORNIA CHROME (USA) [121] kicked off his 2016 campaign at home with a victory in the Gr2 San Pasqual Stakes at Santa Anita before heading to Dubai.  He then easily won the Trans Gulf Electromechanical Trophy at Meydan while spotting his rivals 15 lbs., and his next start is scheduled to be the Gr1 Dubai World Cup. California Chrome finished second in last year’s edition of the world’s richest race but was sidelined for the rest of 2015 and did not race again until the San Pasqual.

Also returning from a lengthy layoff was DURAMENTE (JPN) [121], who won the Nakayama Kinen (G2) by a neck over Ambitious at the end of February.  Named Japan’s champion 3-year-old of 2015, Duramente had not raced since last May when he won the Gr1 Tokyo Yushun (Japanese Derby).  He then suffered fractures in both front legs and missed the rest of the year while recovering from surgery.

POSTPONED (IRE) [121], who ended his 2015 season with a victory in the Gr2 Qatar Prix Foy at Longchamp, made his first start of 2016 a memorable one during Super Saturday of the Dubai World Cup Carnival.  The 5-year-old was much the best when he took the Gr2 Dubai City of Gold Sponsored by Skycargo by three lengths.  Postponed and Duramente are now set to square off in the Gr1 Dubai Sheema Classic on Dubai World Cup night.

FROSTED (USA) [120] is another runner who has been drawing attention in the United Arab Emirates.  The United States-based colt began his 2016 campaign in Dubai with an eye-catching five length victory in the Gr2 Al Maktoum Challenge Round 2 Sponsored by EGA and is set to take on California Chrome in the Dubai World Cup.

A filly making headlines in the United States is SONGBIRD (USA) [120].  Last year’s undefeated champion 2-year-old filly, Songbird returned in 2016 in dominating fashion and has already added the Gr2 Las Virgenes Stakes and Gr3 Santa Ysabel Stakes to her list of accomplishments.  She is the current favourite for the Gr1 LONGINES Kentucky Oaks in May. The full list and further information on the LONGINES World’s Best Racehorse Rankings are available on the IFHA website.

The next edition of the LONGINES World’s Best Racehorse Rankings will be published on Thursday, 14 April 2016.

Tyrone To Beat The Drum