Melbourne Cup -winning jockey Michelle Payne will ride at Ascot this summer as part of the Girls team at the Shergar Cup. 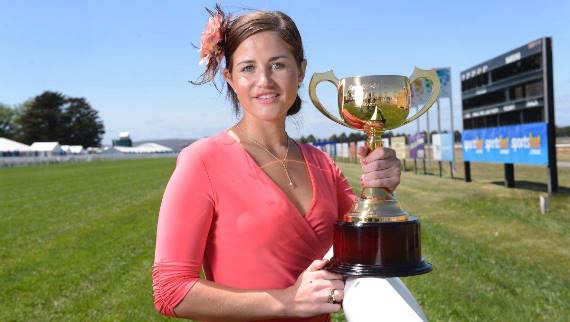 Payne created history last November when winning the ‘race that stops a nation’ at Flemington on 100-1 shot Prince Of Penzance, as she was the first female rider in the history of the race to triumph.

Sammy Jo Bell, who excelled when called up to replace the injured Gannon last year, claiming the silver saddle and helping the Girls team win the Cup for the first time, is only first reserve.

Wilson, who will be making her fifth Shergar Cup appearance, said: “I’m looking forward to reminding everyone what a powerful force we are. The Shergar Cup provides a great opportunity for us girls to prove we are as good as some of the world’s best male jockeys. Bring it on.” Frankie Dettori will once again captain the European team, with French duo Thierry Jarnet and Pierre-Charles Boudot joining him.

Both will be making their Shergar Cup debuts.

Ryan Moore will be part of the British and Irish team, with Jamie Spencer and Oisin Murphy alongside him. Spencer said: “I really enjoy the Shergar Cup, it is fun to ride as part of a team and the atmosphere on the day is great.”

Who Stops The Sheriff Today?

No Vin Ordinaire at the Select Sale