When the sun rose over the Mpofana just after six on Sunday morning, it heralded a new dawn for Summerhill. As perfect a May day as it was destined to be, it also celebrated the twentieth anniversary of the arrival at the farm of a former star of their stallion assembly, National Emblem. Here was the great circle of life in renewal mode again. Summerhill has long-envied Drakenstein Stud its magnificent dual Horse of the Year sons of Dynasty, and Mike Sharkey his standing of Dynasty himself and his 4-time Group One-winning stallion, Jackson, at Highlands. The arrival on Sunday of a Group One-winning dynastic scion of this acclaimed strain, not only appeased their envies, but also solicited a sense of déjà vu. 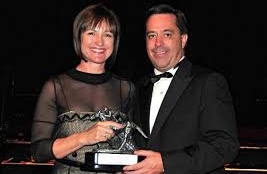 More than once, Markus Jooste has acknowledged the role of Summerhill in floating his “breeding” boat, and while in Klawervlei, the former champion breeders had spawned a Gulliver in their own Lilliput, Act Of War’s occupation of his new stall in KwaZulu Natal not only marks a vote of faith in the region’s breeding community, but he represents the salivating prospect of accessing one of the best-performed sons of one of history’s best stallions.

You have to hand it to the “gang in green”: some people say all this money chasing so few glories impacts the romance of the game. It doesn’t. Picking horses remains the ultimate lottery. Yes, of course it’s about facts, and they can be fed into a computer. But it’s especially about instincts, which most times can’t even be defined, let alone computerised. Horses, as they always will, refuse to conform to the rules of probability and good order. Often enough, heart triumphs over blood and brawn, though “heart” is often a product of both.

For all the uncertainties in the “picking” process, there is an uncanny resonance between the rewards they reap and the cash they splash, particularly when the strike rate of the “Mayfair” boys is compared with that of their illustrious counterparts in the international fold. Act Of War – heart of a lion

You may agree that given his lineage, it wouldn’t have called for a sage to predict the excellence to which Act Of War aspired on the racecourse: his father is a champion of the breeding shed and his “mom” a Broodmare of the Year, but we forget that at the time of his acquisition, both his parents had yet to achieve the giddy heights by which hindsight now judges them.

At the time, neither Jackson nor Beach Beauty had revealed the full range of their talents, and there was no sign yet of Legislate or Futura. Besides, it was precisely because of Act Of War’s brilliance that his mother, Si Senorita, was anointed the nation’s number one producer.

Six wins on the trot, eight victories and two runners-up in his first ten starts would commend any young thoroughbred of his origins for a stud career. But, that’s only half the Act Of War story.

A towering, athletic beast of princely proportions, not even the casual racegoer could’ve mistaken his presence and the elegance of his action for anything but the belongings of a comet in the making. “Not only was he the best miler of his generation, he was also one of the best milers I have ridden. Genuine, exactly the type to go to war with”. That’s what Anton Marcus thinks, and when he speaks, even the church mice listen. The Cape Guineas (G1) is many people’s idea of the principal “stallion-maker” on the South African turf calendar. Both of the country’s standout domestically-campaigned stallions, Captain Al and Dynasty himself, shone in that classic. Yet of all the glittering performances the race has produced over the decades, few stand comparison with Act Of War’s facile disposal of the previous season’s generational champion, Harry’s Son. It wasn’t just a matter of who he beat though.

It was the manner of the beating that counted; the same “X-factor” that demolished his foes in the Selangor Cup (G2), the Cape Classic (G3), the Langerman (G3) and the Winter Juvenile Stakes (L), the Winter Guineas (G3) and the Matchem (G3). Sad that a little matter of a “suspensory” has robbed fans of the spectacle of his reappearance in the Gold Challenge.

We know though, that with the Acts Of War of this world, there’s usually an heroic ending to the tale. In this case, racing’s loss has been KZN breeding’s gain.

“Act Of War was something special from day one. Horses that work like he did in the mornings, leave no uncertainty about their ability. He achieved a career high rating of 117 for the extreme ease with which he won the Cape Guineas (Gr.1). This performance placed him on a par with the best sons of Dynasty in the land. He had such a phenomenal turn of foot that at one stage, Anton and I toyed with the idea of running him in a Group 1 sprint.A multiple Group winner at two and three, he is sure to pass his precocity, class and great temperament onto his offspring. We look forward to racing them in the near future.”

More from: Breeding, News
More on: Act Of War, Summerhill