South Africa’s premier staying race may have been downgraded to a Gr2, but the Gold Cup will remain the major visual attraction on Super Sunday. The likelihood of a testing surface after days of heavy rain will mean that the 3200m contest has been thrown wide open – and a surprise result is on the cards.

The Gr2 Gold Cup has taken on the dimensions of a field leg for exotic punters after a week of rain. Add to this the inability of many trainers to give their charges proper work and we are faced with a serious one to unravel. Interestingly Justin Snaith is on record as believing  he has his first ever decent shot at the Gold Cup with the “class act” Ovidio and the generally good draws he has landed with his other runners on Super Saturday have made him hopeful of enjoying a better day than he did on Vodacom Durban July day.

The Aussie-bred Ovidio has always had the Gold Cup as his target.

Snaith was quoted as saying that the Danehill Dancer gelding had “the odd soundness issue”, so was given a five month layoff after his fine victory in the Gr 2 J&B Urban Honey Stayers over 2800m on J&B Met day and had also been kept in Cape Town for the bulk of his Gold Cup preparation due to the more forgiving ground at this time of the year.

Only one horse in the past decade has completed the Jet Stayers-Gold Cup double – Mokaro in 2009 – but Ovidio will have plenty of supporters. The former SA champion trainer was bullish about the booking of Striker Strydom.

“He is very well, I am very happy with him. He is a proper staying horse, there is no stamina doubt, and he has a perfect draw (seven), I wouldn’t want to be any closer in. The Australian-bred Danehill Dancer gelding likes to race from behind and the booking of master-of-pace Piere Strydom will enhance his chances in the Gold Cup.”

“My only worry is his 105 merit rating,” said Snaith. “It means he has to carry 59kg, which is a lot of weight over that distance. But he’s here to race.””

Dean Kannemeyer’s Cape Speed has been marked up as the 9-2 favourite, despite the fact that 3yo’s do not have a particularly good record in the marathon.

But this son of Ideal World won the Track & Ball Derby at Scottsville which, under its new format, is now also not suited to three-year-olds.

Cape Speed has only raced nine times but has won five of those. He is also unbeaten in KwaZulu-Natal this season.

However, he will be trying 3 200m for the first time and has not won over further than 2 400m which was in the Derby where he beat Deputy Judd by a neck. He carried 55kg on that occasion and is only up 0.5kg in the Gold Cup.

In-form Anthony Delpech takes the ride again and they will jump from barrier No 8. The former was the runner-up to Wild One in the Gold Cup last year and while his Gold Vase effort was less than impressive, the son of Silvano is highly regarded.

Master Sabina will be trying this distance for the first time and will carry 60kg. Arch Rival won the Gr2 Gold Bowl over 3200m at Turffontein and will get every inch of the journey.

He went on to win a Pinnacle Stakes, beating Enaad who franked the form with a win in the Grade 3 Gold Vase over 3000m at Greyville on Durban July day, by 0.40 lengths and will meet his rival on 2kg better terms.

Enaad is one of five runners from the Mike de Kock stable and the former champion trainer is quite happy about the state of his runners. “I think he’s very well handicapped,” said De Kock. “He put up a very good performance in the Gold Vase and the only reason I wasn’t more confident was because I did feel he was suspect over the distance.

“He is now stronger, better and more mature and I would say he is the best of the five. However, he is drawn wide and that is a problem. I know the race is over 3200m and barrier positions are less relevant but for me, a bad draw is a bad draw.

“If you are well drawn you can often get a position for nothing but off a wide draw you always have to work to get a position. But a lot can happen over 3200m,” he added wisely. 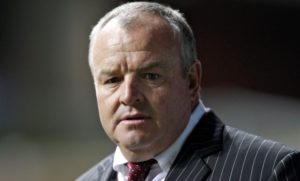 S’manga Khumalo, who rode him in the Gold Vase, takes the ride.

De Kock warned that punters should not write The Centenary off. “She is out of a Montjeu mare and I believe will get the trip. Richard Fourie got off last time when she ran second to Punta Arenas and was very impressed with her. She’s a game filly and she looks like a stayer. I’m quite confident she will get the 3200m,” he said.

Everyone will be rooting for a Mike Bass success and the veteran saddles the mercurial Helderberg Blue, who has an uphill battle here.

Just short of top class, the son of Jet Master has calmed down as he has got older and can finally run up to his full potential as he steps out over 3200m for the first time.

He started his Champions Season campaign with a warm-up over a ‘mile’ and then stretched to 2400m for only the second time in his career he finished just over a length back to the blinkered No Worries in the Highland Night Cup. Coltrane – out of sorts but stays well

Joey Ramsden’s Coltrane is off his best recently but is the sort who could capitalise on the unknowns.

Zafira is the only filly in the race and will be ridden SA Champion apprentice elect Callan Murray.

As a 3yo she has it all to do but stays well and has a galloping weight to shoulder.

It is a lottery of a race but it makes sense to side with Dean Kannemeyer and Anthony Delpech to round off a great season with the impeccably consistent Cape Speed.

Enaad and Ovidio could be best of the rest. But, watch the weather – and go wide!