Jockey Gavin Lerena was riding at the top of his game as he registered a hat-trick of winners at the Vaal on Saturday, culminating in a storming win by the Dynasty mare Drifting Dusk in the opening feature, the R150 000 WSB Heritage 1200(F&M). 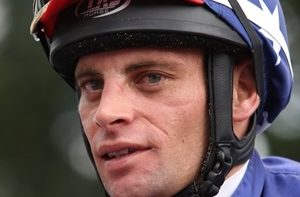 Lerena finally found his form after what has been a quiet start to the new season and was riding like a man possessed as he scored his third win on the stakes placed Drifting Dusk for owner Michael Leaf.

The early results showed the outside draw to be the newly proclaimed promised land and it took a brave showing of power galloping by Corne Spies’ game 3yo Seattle Singer who shunted along in the hands of Muzi Yeni all on her own down the inside rail, to keep her eleven opponents honest as they kept their distance down the outside. With the angle a little deceptive, Seattle Singer looked to be in command at the 400m.

But that strip was a lonely place and the race changed complexion dramatically late as Drifting Dusk was produced with a sustained effort at the 250m marker. She stormed through a tight gap down the centre to hold the fast-finishing Lumya by 1,30 lengths in a time of 70,16 secs. 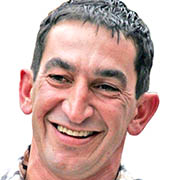 Lucky Houdalakis – chuffed with the success

The high-riding Gavin Lerena said he thought that Drifting Dusk would be at her best at 1400m or a mile, but that she ‘pulled too hard’.

Trainer Lucky Houdalakis, who said he was ‘not a betting man’, looked particularly pleased as he labelled the winner his best runner of the day and expressed his great satisfaction at having convinced her owner to keep her in training.

The Highlands bred Drifting Dusk is a 5yo daughter of Dynasty (the second to win on the day) out of the five-time winning Bel Byou mare Fading Light.

She was a R375 000 Cape Premier Yearling Sale graduate and was registering her fourth win with 3 places from 24 starts for stakes of R452 525.