The inaugural R750 000 Grand Heritage run at the Vaal on Saturday proved an encouraging success with the bumper fields providing punters with a refreshing new dimension and challenge – and many of the jockeys licking their wounds and lamenting choices made in advance. 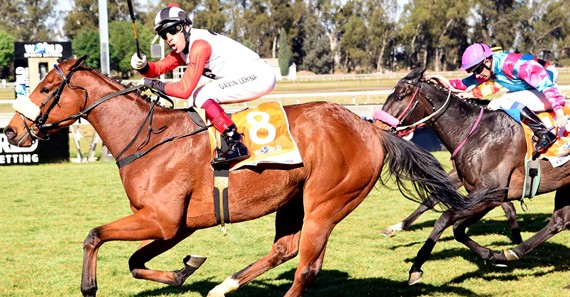 Any assumptions that the traditional Vaal draw bias towards the inside would prevail was turned upside down  early on in the afternoon.

And it was thus hardly surprising to see the 27 horse Grand Heritage cavalry charge edge their way towards the outside of the expansive surface as KZN visitor Humidor led the early stages of the 1475m non black-type feature. One man who didn’t find the new game daunting was Gavin Lerena, who ended up riding five winners on a memorable afternoon.

A former SA champion, Lerena has taken some time to come back to his peak confidence after a less than successful stint in Hong Kong earlier this year, but he put a quietish start to the new season behind him and showed off his legendary BMT in swashbuckling fashion.

His winning ride on Irish Pride for high-riding trainer Johan Janse van Vuuren was a shining example of his talent and race-riding brain.

With bunching down the outside presenting potential traffic problems, Lerena shifted towards the centre of the track at about the 1000m on a horse that needs to be ridden cold.

He tracked Miracle Bureau and Lunar Approach (the opponent he saw as his main danger) the whole way and patiently waited for the gaps to open. 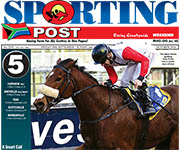 But in the drive to the wire it was Lerena who had again timed his effort to perfection as the handsomely priced tote favourite held on well to beat Front Rank (oh, but for a better draw than 7!) by 1,10 lengths, with the always prominent well supported Lunar Approach a neck back in third.

The Houdalakis roughie Raise The Red came from the clouds to run fourth, 1,40 lengths off the winner.

Stakes were paid down to tenth finisher, with Chepardo from Alec Laird’s yard the last recipient of the R10 000 bonus.

The Mauritzfontein Stud-bred Irish Pride is a 4yo gelded son of Ideal World out of the twice winning Fort Wood mare, Celtic Cross.

While of no stud book consequence, the win would have proven some consolation for top breeders Mauritzfontein and their super sire Ideal World, after the shock withdrawal of the J&B Met winning Smart Call from the Gr1 Sun Chariot Stakes at Newmarket a few hours earlier. Kingmambo’s prowess as a sire is well known from Europe to America to Asia. Banks Hill is a sister to Juddmonte sires Cacique, Dansili and Champs Elysees as well as to US champion turf mare Intercontinental, being a daughter of exceptional broodmare Hasili, producer of five Gr1 winners.

Irish Pride, who provided the Wernars family with the second leg of a deserved winning double, has won 5 races with 3 places from 12 starts and has earned R656 200 in stakes.

While his trainer Johan Janse van Vuuren, who ended up with four great winners, said he felt that his charge had peaked at the right time, it is pleasing to see the gelding furnishing and maturing in the direction that was predicted early on for him.

A great day’s racing all round and an accolade must go to commentator Alistair Cohen, who called all ten races – and still had enough juice in his tank to jazz up the well patronized Grooms’ stamina sapping mile race with witty chirps as the shadows lengthened over the Vereeniging track.