As in every year, a number of stallions achieved memorable milestones during 2016. From recording their 100th individual stakes winners, to heading various lists, sires, both internationally and locally, ensured 2016 was a memorable one for their respective connections, writes Sarah Whitelaw.

Coolmore’s champion Australian sire, Fastnet Rock, has really enjoyed an unbelievable run of success, even by his standards, in 2016. Outstanding US sire, Tapit (Pulpit), who is on course to record his third consecutive US General Sires title this year, made history when his daughters, Sweet Loretta and Pretty City Dancer, dead-heated for first in the 2016 Gr1 Spinaway Stakes. It was the first time in the history of this prestigious 2yo filly contest a dead heat had occurred. While a single sire to produce both dead heaters in a Gr1 race is rare, it has been done before –Sadler’s Wells sons, Prince Of Dance and Scenic, dead heated for victory in the 1988 Gr1 Dewhurst Stakes, while Jet Master’s daughters, Gluwein and Love Is In The Air dead heated for first in the 2010 Gr1 Klawervlei Majorca Stakes.

If Tapit does collect his third sires title this year, he will become the first stallion since Smart Strike (Mr Prospector) to have led the US General Sires List three years running. Only a handful of sires have achieved this, with others including Danzig (Northern Dancer), Bold Ruler (male line ancestor of Tapit himself) and Bull Lea (Bull Dog).

Long regarded as the world’s premier sire, and one of the greatest sires in history, Galileo reached new heights of dominance in 2016. The champion sire, whose undefeated champion son,  Frankel, made a stellar start with his first crop including four individual group winners to date, has been represented by a stunning 13 individual Gr1 winners this year (more than the majority of stallions sire throughout their careers). To date, offspring of Galileo have won a stunning 22 individual Gr1 races during the year and Galileo achieved a remarkable feat when his offspring, Found, Highland Reel and Order Of St George, filled the first three places in the 2016 Gr1 Qatar Prix de L’Arc de Triomphe.

Galileo, whose offspring also include the 2016 classic winners, Minding, Seventh Heaven and The Gurkha, looks sure to be dominant once again in 2017, with his offspring currently ruling  the betting for next year’s English classics.

His once beaten son, Churchill, already a dual Gr1 winner, tops the boards for the 2017 2000 Guineas, while Gr1 Dubai Fillies Mile winner, Rhododendron, (an own sister to Bush Hill Stud’s sire, Flying The Flag), is favourite for the 1000 Guineas (a race won this year by Galileo’s seven time Gr1 winning daughter, Minding). Rhododendron also heads the betting for next year’s Oaks while Churchill is equally prominent in early betting for the Investec Derby.

Galileo also made his presence felt in Saturday’s Gr1 Racing Post Trophy – not only did his son Yucatan finish second, but Galileo is broodmare sire of both the winner, Rivet, and the third home Salouen (Canford Cliffs). The son of End Sweep’s runners last season were headed by five time Gr1 winner , Inara, who retired to stud having  won Gr1 races in three different provinces. Trippi is also shaping up as a broodmare sire of note, and is damsire of current Gr1 Breeders’ Cup Juvenile hope, Not This Time (Giant’s Causeway), a half brother to Gr1 Breeders’ Cup Dirt Mile hero, and Lane’s End sire, Liam’s Map (Unbridled’s Song).

While Dubawi (Dubai Millennium) looks destined to spend his stud career in the shadow of Galileo, he is without question a great stallion in his own right. 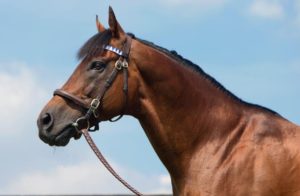 The Dalham Hall sire achieved his 25th Gr1 winner in what has been a magnificent career,  when daughter  Wuheida, landed the Gr1 Prix Marcel Boussac on Arc day at Chantilly.

Wuheida is one of five Gr1 winners to represent her sire this year, with others including Journey (Qipco British Champions Fillies & Mares Stakes), Left Hand (Prix Vermeille), Postponed (Coronation Cup, Juddmonte International, Dubai Sheema Classic), and Erupt (Canadian International). The latter triumphed over another Dubawi son, Dartmouth, when triumphant in the Canadian and was capturing the second Gr1 win of his career, with Erupt having previously won last year’s Gr1 Grand Prix de Paris.

Sea The Stars emulates half brother Former Derby winner, Sea The Stars (Cape Cross), emulated his outstanding half brother, Galileo (Sadler’s Wells), when he became one of just a handful of past Epsom Derby winners to sire a fellow winner of the Investec sponsored classic. Sea The Stars’ son, Harzand, ensured his sire’s place in history by not only landing the 2016 Investec Derby but by following up with another Derby triumph, when successful in the Gr1 Dubai Duty Free Irish Derby.

A ‘Keene’ Eye on South Africa