Hong Kong is the racing model that most look up to and regard as the ‘template’ for a successful racing jurisdiction. It has been a slow process, but they have had visionary leaders with a commitment to change and have been prepared to take a long-term view.

The HKJC has always been admired for its turnover and the fact that they can make racing work as a business model, and their International racing festival and large purses have served to put them on the map and attract the world’s best – be it horses, jockeys or trainers. With their recent inclusion in Part 1 of the International Pattern or ‘Blue Book’, as one scribe aptly put it, they have truly arrived.

With many of our horses, jockeys and trainers lured over there and all returning speaking glowingly of the experience, I have become increasingly interested in Hong Kong and how and why they do things – and more specifically, how they do it so successfully. One of the most interesting things is that despite their perceived success, Hong Kong is constantly striving to improve.

This brings me neatly to Charles Faull’s philosophy of ‘know the game, love the game.” Steve Haskin recently wrote a fantastic piece for the Bloodhorse on how he thinks women are the future of racing. This is because while most male racing fans get introduced to racing via a family member, most women get involved in the sport because they like and know and are passionate about horses and I thought that was pretty interesting.

As I’ve written before, horse people tend to be fairly well versed on their subject, so it’s hard to fob them off with vague or poor service. When all is said and done, goods aren’t sold, they are bought, which implies that you need your customers to WANT to buy them. Therefore you need your customer to trust you and feel comfortable with you. There is a fantastic piece of marketing theory called Raving Fans by Ken Blanchard. In it, he states that generally speaking, customers are only satisfied because their expectations are so low and because no-one else is doing better. And as long as the service is no less mediocre than anything else on offer, you muddle along just fine. However, if you really want a thriving business, you have to provide such excellent service that you don’t simply have satisfied customers, you end up with raving fans.

Why I think this is possible for racing

There is lots of doom and gloom about how the sport is becoming irrelevant, and we don’t appeal to the current generation, etc and I say hogwash. Two recent incidents lead me to this conclusion. The first was a rather fun blog posted by a (female) writer on an equestrian website called The Chronicle Of The Horse, in which she describes taking a racehorse for a gallop. If you mention galloping a racehorse to any red-blooded horse person, the majority will respond with a wistful sigh and the words ‘bucket list’. It is something most people seem to put on a pedestal as one of the most wonderful things in the universe. Isn’t that interesting? 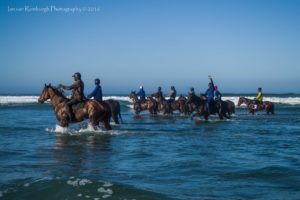 Exhibit 2 is from when a local racing yard recently took a load of horses for a splash on Melkbos beach. A local photographer was on hand to shoot some pics and posted them on the Melkbos residents’ Facebook page. The photo went viral and given racing’s supposed terrible reputation, I followed the ensuing discussion with interest to see what would transpire. My first surprise was that all the commentary was positive – people were genuinely interested and excited to see racehorses on their local beach. Secondly, they were mostly entirely unaware that most of our jockeys are part of their local community and that there are something approaching 1000 horses right under their noses at Milnerton training centre. However, therein lies opportunity. It is clear that there is interest from the layman in who we are and what we do from the horse / beauty / sporting perspective, but unless we come out and make ourselves visible, people don’t seem to know how to go about it. If you Google horse racing and South Africa, or even Cape Town, while you do get a choice of results, there are not many that tell you a little bit of the how and why and more importantly, how you can join in.

Going back to Hong Kong for a second – they have – amongst other things – one of the most advanced systems of providing comprehensive, up to date information on their horses, trainers, jockeys and all other relevant aspects of their racing. They have a great website, they are massively media friendly and they have got the hang of turning their athletes – be it human or equine – into stars down to a fine art by providing information. Masses of it. Meaning that people know (or know how to access) any bit of pertinent information they feel they want to know. Nothing is hidden. And based on providing that information, their customers feel secure and confident enough to wager their money.

How Can We Do This? 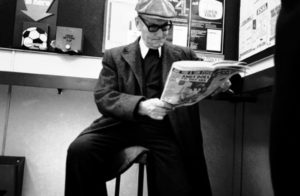 ‘I think therefore I bet’

Racing turnover comes from betting / wagering. I will repeat that – wagering, not gambling. The phrase ‘I bet you’ or ‘I’ll wager’ implies ‘I think’ and I think this is key. Racing is supposed to be ‘the brain game’. It is supposed to be an intellectual challenge whereby you study form and then make an informed decision as to what you think the outcome of the race might by and back up your opinion – if you so choose – by putting your money where your mouth is. I feel that this crucial element sometimes gets missed as we seem to sell / market racing to paraphrase Meghan Trainor as ‘all about that bet’.

There is no problem with promoting the bet, but without relevant, pertinent information, correctly interpreted and timeously disseminated, wagering is reduced to gambling. Without the element of knowledge, we reduce our wonderful, interesting, colourful, intellectually challenging sport into the equivalent of throwing money into a capricious slot machine.

The SP is a dedicated racing newspaper, so the likelihood is that our readers are already racing fans / converts. It is unlikely that ‘Joe Normal’ members of the public will pick one up out of curiosity or accident and have a leaf through. However, in terms of the mainstream newspapers – which the industry pays to have space in – your chances increase exponentially. It is also highly likely that racing fans might make use of the racing information and tips in publications such as the Racegoer and the free TAB sheet handed out at your friendly (?) tote. As the folks in charge of the sport are supposed to be the experts, our customers naturally depend on them for sound, reliable information. I’ll say it again – information – not tips. People want to be provided with information and then left to make their own decisions. If we do not provide it, or – as happens fairly often – we provide incomplete or poor information, well, is it any wonder the public gets frustrated with us? I think the first timer initiative is a good start. Of course, it is not a silver bullet, we are talking small steps in the right direction, but the important thing is that we are heading the right way. One of my constant frustrations is the traditional brain freeze that results from criticism. Of course no-one enjoys being criticized, but if we all sat around patting each other on the back all day, we’d never get anywhere. The point, which seems to get missed, is that criticism does not mean ‘you’re rubbish and should immediately cease what you’re doing’ (unless you really are truly awful). Criticism usually implies some sort of positive interest (or the critic wouldn’t have been there in the first place) and then suggestions or comments on things they don’t like. That doesn’t mean they don’t like the rest (although admittedly this vital point often gets missed), it simply means there are things they think would improve matters if they were changed.

The best explanation I saw for this recently was a report on a recent clinic by the riding guru George Morris in which he explains to the audience that if you are having a problem with your horse, stopping the exercise generally does not solve the problem. You have to keep riding and fix it as you go along. Very similar to that criticism thing. Don’t stop, but do try and fix the bits that can be improved.

Martin Locke recently wrote about the Tellytrack offering and it was interesting that he picked up on a lack of pertinent, live pre-race information as well as parade ring and canter down footage. This is vital information for people sitting at home or in the Tote. Also, post race interviews – so often left until the replays late at night – are crucial as they often contain vital information and discussion that is available no-where else. Unfortunately our post race interviews are usually flighted sometime between midnight and six, when most sensible people are tucked up in bed. So the best source of information is unavailable to our customers who probably have a 9-5 job and need some shut-eye.

As I said earlier, when all is said and done, goods aren’t sold, they are bought. If we want people to give us their money, we need to give them a good reason. And if we want to create raving fans, we NEED to keep collecting and disseminating information and we need to do it well – not just to the same level of mediocrity as the competition. Shoot for the stars and all that. We don’t necessarily need pedigree analysis, but the real, meaningful stuff – equipment changes, feed changes, working well at home, recovering from a virus, etc. But we need to provide this stuff in sufficient time for people to factor it into their equations. And we need the same level of info on ALL the runners otherwise the rest is meaningless.

They say the best time to plant a tree was 10 years ago. The second best time is now.

4 comments on “When To Plant A Tree”