The R5 million Gr1 Sun Met betting was published this week and the big race fever is set to build to Saturday 28 January.

Four entrants for the Cape flagship bump heads in a quality Allowance Plate at Kenilworth today.

The 2015 Cape Guineas runner-up Brazuca, presently at 25-1 in the Met betting, looks slung in at the weights in the six horse field 1800m event. The high-class Australian-bred son of Teofilo went on to chase It’s My Turn home in the Investec Cape Derby, before excellent placed efforts in all of the Gauteng Guineas, SA Classic and Premier’s Champions Challenge – the last mentioned behind SA Horse Of The Year, Legal Eagle.

His first start as a 4yo – after a seven month break – saw him beat Danza at the Vaal, after being up with the action for much of the race.

His form is thus close to impeccable and his programme into the Met takes the  next low-key step on Tuesday. The son of Mambo In Seattle is quoted at 50-1 in the Met betting and has had one race this term. He finished well back in the Cape Merchants, having his first run since a 3,85 length finish to The Conglomerate in the Vodacom Durban July.

Mambo Mime was out of action for a lengthy period with a ‘unique’ ailment – he was down with deep vein thrombosis.

Dean Kannemeyer labelled him a serious Met candidate early on and having nursed him back slowly, the leading trainer will be looking for him to up his game here. 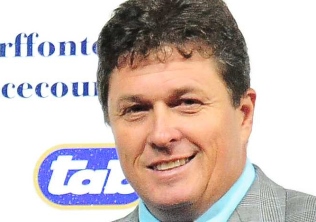 Brett Crawford’s good sort Whisky Baron, the most fancied of the Met quartet at 16-1, was unfortunate to bump Gr1 Champions Cup winner Marinaresco in the Winter Series last term.

The son of Manhattan Rain was beaten under a half length by the Bass star in the first two legs, and may then not quite have stayed the 2400m of the Winter Derby, when a one-paced fourth.

His two runs as a 4yo have both delivered decent winning performances – the last beating Cape Derby winner It’s My Turn over 1500m.

On paper he should battle to peg back the top two, but he appears to be improving fast and may be ahead of his official rating. Joey Ramsden’s Macduff  – one of a trio of Australians in the six horse field – ran a decent third behind Annigoni at Kenilworth last Wednesday after a break.

At 330-1, the son of Street Cry may not be deemed a serious Met candidate at this stage, but a good performance here may see a nibbling at his price from Goodhope Racing fans.

Sean Tarry saddles the only filly in the field in the Silvano Tahini.

With a recent victory over Gr1 Thekwini victress Querari Falcon to her credit and a good third behind stablemate Intergalactic in the Gr2 Ipi Tombe Challenge on Summer Cup day, she is a class act but may battle against the top males.

Piet Steyn’s consistent Black Minnaloushe 5yo Waiting For Rain would have preferred taking on this lot on handicap terms and has a massive task at the weights.

He never runs a bad race and is guaranteed to keep them honest.

It is difficult looking past the top three fighting this out.

The weights suggest Brazuca, while Whisky Baron has homeground advantage and an improving form curve in his favour.

Should be a lovely race to watch!