Bookmakers who take bets on British horse races from UK gamblers could have to pay a 10% levy on their profits, under new government plans.

From April, betting firms, including those offshore, will be charged the levy to support UK horse racing. The reforms look to replace the current system, which required only UK-based operators to pay.

Sports minister Tracey Crouch said the move would make sure “gambling firms pay a fair return” to the sport.

However, the plans could still face complex legal issues, according to betting firms.

All operators which take bets on British racing from customers based in Britain would have to pay 10% of the gross profits above the first £500,000, the government said.

But the plans were subject to passing European Union state aid rules, it added.

It is these rules which could hold up the government and delay the reforms beyond its April target, gambling operators said.

“There is a passing reference to the need for them to obtain state aid clearance and that remains a significant hurdle for them to overcome,” said Clive Hawkswood, chief executive of the Remote Gambling Association. Bookmakers have in the past threatened legal action over plans to extend the levy.

Mr Hawkswood said: “It would be premature to talk about legal challenges until that process [of notifying the EU] is complete and that could take months.”

The Association of British Bookmakers, which represents high street betting shops, said it was concerned about the “cumulative impact” of media rights, tax and regulation.

The question of levy contributions from the betting industry, which is a major sponsor of horse racing, has vexed both sides for decades.

The current system has been in existence since 1961 but has become outdated and while some offshore firms have been making voluntary contributions towards British racing, it is not compulsory.

The latest reforms, first announced in March 2016, come after long periods of consultation.

Ms Crouch said: “Horse racing has a strong heritage in this country, employing thousands of people and is enjoyed by many almost every day of the year.” 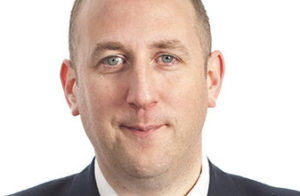 The expansion of the levy was “critical to the future health of British racing”, said Nick Rust, chief executive of the British Horseracing Authority (BHA).

In October 2015, the BHA said it would withhold sponsorship of certain races and courses from bookmakers which did not make voluntary contributions, but so far only 18 firms have signed up.

The new deal will fund a range of areas within the racing industry – including prize money, racing integrity, equine welfare, veterinary science and the mental and physical wellbeing of participants.