Grooms are an integral part of our community (photo: hamishNIVENPhotography)

The biggest story for the week very nearly happened off camera at the Greyville night meeting on Friday evening. However, along with the parade ring footage ahead of race 3, Tellytrack inadvertently included a groom appearing to kick a horse in the stomach in the wash bay area.

Firstly, I want to commend all the parties who took such swift action. While the incident itself was very unfortunate, the reaction was exemplary. I admire Mr Gadsby in particular for being proactive in releasing a statement informing people what is going on, as well as for showing a great deal of resolve in what is undoubtedly an uncomfortable situation.

I don’t wish to dwell too much on the incident itself – it is in the hands of people far more qualified than I am and will be dealt with via the appropriate channels. However, if one takes a step back from the individuals involved, the situation is rather an interesting and, I think, potentially important one for the industry as a whole as it appears we are entirely unprepared and unequipped to deal with issues of this nature.

Looking at the bigger picture, none of the various racing entities have any direct jurisdiction over the gentleman in question. At worst, the Operator can choose to deny him right of access to their premises, because grooms are neither sanctioned nor licensed by the NHA or the Operator in any way and fall under the direct employ of their individual trainers.

While this may be convenient most of the time, it makes broader issues much harder to deal with. For example, whenever there is a threat of strike action, there is much sighing and wringing of hands, but to be fair, not having any representation or channels through which to be heard, what choice do our grooms really have?

I don’t know a lot about managing people, but I do know a little about managing horses. Standing 5’4 in my bare feet and weighing 58kgs soaking wet, it is pretty obvious that if a horse decides to be awkward, there’s precious little I can do about it. By the time an issue comes to a head, one can be sure it has got roots and is going to take a fair amount of work to unravel. Rectifying it is not only hard work, but is usually time consuming and has the potential to get awkward. So where possible (no-one gets it right all the time), I prefer to plan ahead and put sufficient foundation work in place to try to avoid the problem happening in the first place. That may not be everyone’s cup of tea, but it works for me.

Racing is a multi-faceted, complex endeavour and from an administrative point of view, it is not always the most user-friendly, which makes effective communication vital. From that perspective, Friday’s incident highlights the need for structures allowing everyone a fair say, encouraging industry groups to work together and try to avoid these problems in future. Our grooms are the people who spend the most time with our horses (photo: hamishNIVENPhotography)

Owners, trainers, jockeys and indeed most industry professionals need to be licensed by the National Horseracing Authority before they are allowed to work with horses on a professional basis. However, when it comes to our grooms – who arguably do the lion’s share of the heavy lifting – pretty much any old Joe Soap who takes it into their head to become a groom can do so. There is no official training required – in fact, there is no official training offered. Yes, we do have programmes via the Grooms’ School Trust and Mr James Maree’s excellent work rider’s programme, but these are usually open to individuals who are already employed as grooms, rather than training academies for teaching people from scratch and most grooms learn on the job.

As a profession, grooming is regarded (or at least remunerated) as an unskilled job. International horse friends usually gape open-mouthed when one explains our set-up here and, to be fair, for pretty good reason. Not to put too fine a point on it, it seems odd that people are happy to entrust multi-million rand horses to people who they would never allow behind the wheel of their car. If you think about it, every single person who deals with a Thoroughbred while it is in racing is licensed or professionally qualified in some way – be it a vet, farrier, dental technician, trainer, jockey, etc. All except our grooms, who are the ones who spend the most time with our horses.

The Department of Trade and Industry issued a directive for racing to get its house in order back in 2014, but proposals for National or even Regional Grooms’ associations have not been met with much enthusiasm. The first effort came in the form of the SA Grooms Association, headed by National Chairperson Chophelikaya Simoto. Next, we saw the formation of the SA National Grooms and Assistant Trainers Association (SANGATA), headed up by Peter Naidoo as Chairman, Trevor Raath as CEO and listing William Nsele and Langa Douse as directors. Information as to what either organisation does and how many members they represent, seems fairly sketchy and my last few attempts to contact Mr Naidoo in particular, were unsuccessful. We have seen the implementation of a 1% stakes fee deduction to be paid towards the grooms, but beyond that, both associations seem to have gone rather quiet.

The last time either were heard from in an official capacity, was in 2015, when efforts were made to discuss the representation of grooms on industry Liaison Committee meetings. The original plan was to have both SAGA and SANGATA represented at these meetings for a period of one year after which each organisation would have to show representation of at least a third of the grooms in each of their regions to maintain their positions. However, judging by the fact that last week’s incident will be dealt with via a private sector Labour Law firm, it seems that either our Grooms’ Associations are no longer in existence, or perhaps just do not have representation in KZN.

This is South Africa and it is 2017. ‘Transformation’ is more than a buzzword. We have Owners’ Associations (sort of), Trainers Associations and Jockeys Associations, heck even our bookmakers are organised into associations. Isn’t it time our Grooms are afforded the same privilege? While ‘union’ is regarded by most as a dirty word, our grooms probably form a larger number than breeders, owners, trainers and jockeys counted together – isn’t it time they are given a proper voice? This is not only for the sake of toeing the party line and complying with the way the world is moving in general, it is also just plain good sense. Grooms are industry role players and we should start treating them as such. 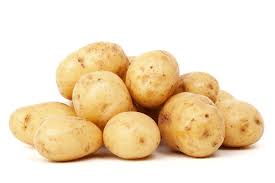 The other hot potato raised by Friday’s incident was the welfare angle (gosh, this is a terrifically fun column, isn’t it?). It was particularly interesting to see Dr Iris Bergmann address the recent ITBF Congress on the subject of sustainability. It made pretty uncomfortable listening for most, but one of the most interesting points raised was that racing operates under a ‘social license’, in other words, we can only conduct business in communities / societies which accept and in some way tacitly condone what we do and how we do it. However, should this acceptance wane, racing may be given very short shrift indeed and find ourselves entirely obsolete.

There is no question that the world is changing. With ever increasing awareness and education thanks to the internet and mobile phones, each new generation becomes ever more informed about themselves, their environment and how they would like it run. While there are still huge disparities, most first world countries are seeing a trend towards sustainability, organic and / or free range food, responsibly sourced products, renewable energy, recycling, upcycling and all manner of groovy ‘green’ words. This development of a social conscience has seen the proliferation of various welfare and animal rights groups, who have amongst others successfully banned fox hunting, modified the jumps in the Grand National and most recently got those awful shoeing practices banned in the American Saddle Horse community. These groups are powerful, organised and determined. I’m not saying this isn’t good, worthy and even necessary work, but it is something we should take cognisance of and perhaps consider incorporating into our long-term game plan if we want to remain relevant.

Things that make me go hmmm…

A few weeks ago, I added an observation in my column about ‘things that make me go hmmm’. A friend liked it and suggested I try and put it to use more often to discuss amusing or interesting (or more likely, puzzling) things that I encounter in racing. This week’s winner was the advertising for the forthcoming Sun Met gallops.

Please understand, I am hugely grateful that we have a lovely new sponsor and that they a) seem to have some sort of budget to market this race and b) are prepared to use it. I’m just puzzled – as I am by quite a lot of the way we market local racing – that they choose not to use racehorses to do it.

The gallops ad features a Warmblood horse (OK, perhaps not all that obvious unless you are a horse person), but it is kitted out in show-jumping gear, with the hood being the biggest giveaway and it begs the question why?

On any given race day we have around 100 local horses on course. We have at least one local photographer on site. Those photographers have masses of beautiful racing footage simply languishing in their archives. We are advertising local racing, right? So I have to ask why we don’t use local people, local horses and advertise what we actually do as opposed to what we think we do, aspire to do or, as per a lot of our advertising – not what we do at all? 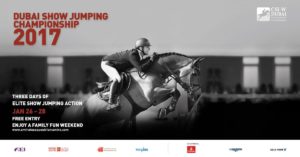 Sorry to point out the bleeding obvious, but I have never seen a jumping, dressage or endurance event advertised using pictures of racehorses, so am rather puzzled that the racing industry has not yet cottoned on to on this rather novel idea.

I did pose the question to our It’s A Rush team (I can’t well criticise without giving them the opportunity to explain – and there may well have been a good reason), but as usual they declined to comment. Hmmm indeed !

4 comments on “Grooms And Other Conundrums”

Get To Know The Ropes