In an article published on Tab News on 2 February 2017, RA CEO Larry Wainstein stated that the Racing Association governs all stake money paid to owners and it is them that foot the bill.

In terms of the raised stakes for the Queen’s Plate and Met he said, “That money does not come from the sponsors. When a request was made to up the stakes on those races the guys came to me to see if we could afford it.”

The statement is a curious one. Firstly, the RA is a non profit organisation, which means that while it is permitted to use its resources to further RA causes, it is not, in fact, permitted to use its resources to enrich its members. In other words, there would be something seriously awry if stakes were coming from RA coffers and some pointed questions would need to be asked.

However, with apologies to Mr Wainstein, I suspect he hasn’t understood the arrangement correctly because a cursory perusal of RA Annual Report accounts will attest that this is, in fact, not the case.

Secondly, the entities that do in fact ‘foot the stakes bill’ are the Operator and the Thoroughbred Horseracing Trust. The ‘stakes pot’ is fixed and allocated on an annual basis. Sponsors do not ‘put back into the game’, they contribute to the Operators bottom line and the Operator ‘puts on the show’.

How does it work?

Trying to unravel who does what in terms of deciding stakes is a tricky business made trickier because no-one seems keen to discuss it. A brief overview – to the best of my understanding anyway – is that the Racing Trust owns 35.25% (last time I checked anyway) of Phumelela shares. The board of directors of the Racing Trust is made up of a total of 7 individuals from the RA Board and – somewhat bizarrely – SASCOC.

People better qualified than myself have published material on SASCOC, so I will not attempt to wade into that just here, save to say that it seems odd to have SASCOC on our Racing Trust board when racing is not an Olympic sport and is not affiliated to SASCOC in any way. But hey ho. The Racing Trust is a rather nebulous organisation, which was originally formed during the corporatisation process. They were handed a hefty whack of Phumelela shares and charged with safeguarding the interests of racing. Quite what form this safeguarding takes, no-one seems to know as no-one seems to talk about it. Or write it down. Or publish it anywhere.

While we might not know what they do, we do know who they are (hurrah!). The RA nominates five representatives to the Racing Trust board and the folk nominated to do the job as of 1 August 2016 are Johann du Plessis (Steinhoff director as well as a director of Klawervlei Stud), Mark Currie (Investec & Kenilworth Racing board member), Brian Finch, Chris Gerber (the Racing Trust’s non practicing PR department) and Louis du Preez. Brian Finch was elected to the Chair with effect from 1 August 2016. The last two members of the Secret Seven are SASCOC’s Gideon Sam and Vinesh Maharaj, who have been on the board since the dawn of time.

However, the Trust does not have any time to administer themselves and all admin is handled by the Racing Association (anyone else need a little sit down after all this mental gymnastics yet?). Right, the Racing Trust receives dividends from its Phumelela shares which it apparently spreads around ‘worthy’ causes, one of which, I was rather horrified to find, includes funding rural racing, according to a report in Groundup late last year. But nevermind all that for now. One of their functions is to contribute some funds towards Stakes. And here the RA also helps out and takes care of the pesky admin for them.

The public document that isn’t 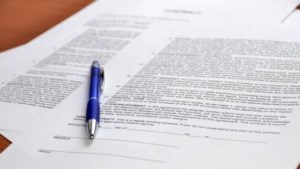 The Stakes Agreement – does it exist?

There is a little bit (or more likely quite a lot) of paper that governs this process and it is called the Stakes Agreement. Ah yes, that again. This fabled document is supposedly publicly available (see latest RA Annual Report), but is about as elusive as Big Foot and perhaps there ought to be a prize for anyone who can locate and send in a copy. So Phumelela and an organisation that no-one knows anything about sort out stakes via a public document that no-one has ever seen. Clear as mud. But at least we do know that the monies do not come from the RA. Whew.

As the Racing Association seem rather involved in administering the process, it’s probably worth taking a look at them too. According to the latest Annual Report, the RA board consists of Chairman William Nsele (I do hope he’s finally got his computer troubles sorted out as it really is murder trying to communicate with him), Michael Leaf, W.G.C. ‘Cliffie’ Miller (Free Sate / Northern Cape), M.K. Naidoo, Grant Paddock (Eastern Cape), Rob Scott (Phumelela / Tellytrack), and CEO Larry Wainstein. Chairman Nsele describes the RA as “a members’ association representing the interests of racehorse owners,” but I was rather bemused to read the RA’s current Mission Statement – “To protect and support the interests of the sport of horseracing in general and, in particular, the interests of the owners by working through the Racing Association board of directors and management to ensure that every aspect of the racing industry realizes its greatest potential.” Wow. EVERY aspect of racing seems quite ambitious for an owners’ body (and I rather thought that was what the NHA were for?). Mind you, that probably goes some way towards explaining the hefty operating expenses. Which is just as well as the RA is a non profit organisation, but is funded by membership fees and also by collecting nominations and acceptance fees. It does beg the question why the RA requires so much funding?

Now that we have that straightened out, it is perhaps a good time to review the rather arbitrary hoiking of stakes, or perhaps the hoiking of stakes for arbitrary races is a better way of putting it – although it is not only a local phenomenon. The Yanks have recently done it with the Pegasus and now the Australians are following suit with The Everest. While big money purses are good for making headlines, what exactly do they do for the stud book and the breed in general? At least in the case of the Pegasus, the organisers went to the time and trouble of having it recognised as a G1. There has been no mention of any consultation with the international pattern committee or whether The Everest will be anything more than a high value publicity stunt. But it’s early days and perhaps that will still come. However, I find it difficult to support stupidly rich races like those because frankly, I don’t see the point.

I have said this before, but I feel the need to repeat it. I realise this may come as a strange concept to some, but if your sole purpose for racing is the hope of earning stakes, then you have things very arse about face. The point of racing is to not to win money (although it is a nice little contribution towards costs), the point of racing is to breed a better horse than last year. We breed horses and then use the race track to test them so that the best ones can be selected for stud so that we can (hopefully) improve the breed in the next generation. This is why Gr1’s are (or should be) indications of the highest merit. They should be hard to win. That is the point. Only the best ought to be able to do it. Yes there is a correlation between high status races and their prize money, but there is a danger that high value non black type races may start tempting owners (for that is the point after all) and bleeding horses from the contests they ought to be in to make them meaningful. We should be striving for stud book excellence, not being held hostage to prize money.

Creating these fantastic purses also serves to drive even more of a wedge in our ownership ranks. When you’re paying exorbitant entry fees and lie at the mercy of a selection committee in order to run for stakes like these, those races become the preserve of a very limited number of people who can afford the horses (or get lucky enough to buy or breed one). Also, as we have seen above, the stakes pot is finite, so to hike stakes in one area, means that stakes elsewhere suffer and we effectively have to rob Peter to pay Paul.

To put that into context, in order to fund the additional stakes for the Queen’s Plate and Met this year, the Operator / Racing Trust had to reallocate R3 million. Which, when spread over two races seems a little, well, unbalanced. We had a similar discussion after the stakes hike for the Champions Challenge and Emperor’s Palace Charity Mile back in 2015. On the premise that it is “a true-run race where the conditions favour the best horse. So it deserves a big stake,” the Presidents Champions Challenge went from R2 million to R4 million, eclipsing in the process all the other Gr1’s in the country at the time. Because “it was time”, the Gr2 (yes GR2!!) Emperors Palace Charity mile went up from R600k to R1million in a season that had proper Gr1 races still being contested for R600k. And now we see non black type restricted races where the cheque for 4th is worth more than the cheque for winning a Gr1. Which just shows how totally out of whack everything is.

I should add at this point that with the advent of sales races, a decision was taken that these would be funded separately, so these monies do not come out of the stakes pot or life might be very interesting indeed! However, it would be interesting to know where the RA’s R20k bonus cheques come from.

What the facts say

The SA Racing Fact Book states that there are around 7000 individual runners on an annual basis, of which around 2,500 ever win a race – that’s 30%. With around 260 feature races on the calendar, that means only around 3% of horses will ever earn a feature race cheque in their career. Those are sobering figures. While big value race days are one thing, 92% of our racing programme consists of non feature races, so if the RA is there to further the interests of owners and there are surely more owners at the maiden level than at Gr1 level – what’s being done for them?

In the case of the Presidents Champions Challenge and Charity Mile, a reader kindly did some arithmetic and found that instead of enriching those two races, those funds could have been employed to raise the stakes for 400 maiden races to R90k. Wouldn’t that have been nice (and perhaps have provided encouragement for a greater number of people to stay in the game at grass roots level?)

The good of racing? You be the judge. But either way, wouldn’t it be nice to understand and have a say in how it works?