The R250 000 Gr3 Three Troikas Stakes has something of an allsorts history of producing unfriendly results. Saturday’s renewal continued the trend but trainer Roy Magner and jockey JP van der Merwe were popping the champagne corks after Anna Pavlova produced a career-best performance in a thriller. The final leg of the Turffontein Saturday feature trio showcased a cliffhanger of a finish, with the result in doubt until the final stride.

And it was that man JP van der Merwe who demonstrated his mercurial brilliance again, driving hard after looking beaten, to get Anna Pavlova up to win by a nose.

This was a top drawer gutsy performance by the fast improving Anna Pavlova,who registered her hat-trick of wins at her first stakes victory.

And after S’manga Khumalo had burst clear at the 300m on Visuality, it is difficult to fathom how Van Der Merwe got himself out of an impossible position – and somehow still conjured up a win. 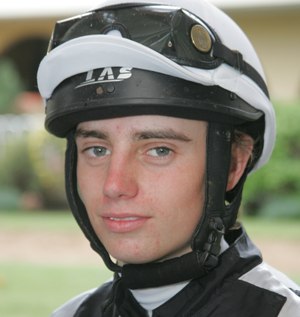 With nowhere to go Anna Pavlova went for a run down the inside of Visuality at the 200m and was forced to break her stride and switch out – and then pick it up – and give chase again!

In an extraordinarily sustained finishing effort, JP threw the kitchen sink at his mount who gave her all to win in impressive style.

The photograph showed that Anna Pavlova had won by a short head in a time of 90,20 secs. A breathtaking effort from a well nigh hopeless position.

Visuality looked all over a  winner late and ran a smartly improved race to show that her best 2yo  form was no flash in the pan.

Last Chirp was in front for a long way and hung on gamely to bank the third cheque, only 0,90 lengths back.

Pool Party loomed dangerously late to round off the R24867 quartet.

The favourite Maleficent had nothing to come when it counted – she fell away to finish well downfield.

The Summerhill Stud-bred Anna Pavlova is a daughter of Gr1 producing Nureyev stallion St Petersburg out of the unraced Royal Applause mare, Shatrang – who is out of a full –sister to ill-fated KZN champion sire, Kahal.

The winner  looks to have plenty of scope and will be an interesting factor in the Gauteng Fillies Guineas where she will try the mile for the first time.

Too Hot For The Boys!