Most of what’s worth knowing in life can be learnt from horses (photo: hamishNIVENPhotography)

It has been my experience that most of what’s worth knowing in life can be learnt from horses. Or from working with them. Because horses pay no attention to who you are. None whatsoever. They judge you on HOW you do things. And how you do things generally informs and influences how THEY do things. Which is great, provided you are doing things correctly. The bad news is, if you get it wrong, your horse will start behaving in an undesirable manner (which most people term ‘behaving badly’). And if your horse is acting up, the hard truth is that to figure out why, you generally don’t need to look further than the nearest mirror.

In pursuit of nothing in particular, I found a really good article recently discussing a common rider error (usually caused by lack of knowledge) of trying to get a horse to do what you want by force, rather than by learning and employing the correct aids. “You cannot force an animal that outweighs you by ten times. It is illogical. If you try to over power the horse you will fail.” Instead the writer advocates meticulous implementation of the correct principles. “If done right, it offers balance and feeling. I encourage everyone to work these aids and rework them. Until they make sense. Until they are habit. You will know when you are doing it right, it will feel right. It will make life easier. A balanced horse is a simpler horse.”  Simplicity is the key.

Easy in theory, incredibly difficult in practice. The key is to keep trying and to keep practicing until you understand and then until you get it right consistently.  Because the alternatives are to stop riding the horse, or risk getting hurt, horses and riding problems are very good at niggling at you and making you pick at them until you find a solution.

Unfortunately this habit is not always considered an asset in other aspects of life. 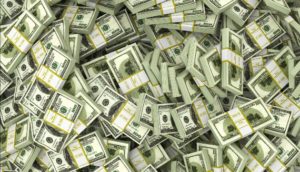 As I’ve still not had a satisfactory resolution to my queries regarding Stakes and how they are set, I’m having another go at trying to unravel them this week because I’m a little bemused by the Racing Association’s refusal to communicate with me, with the Sporting Post and by extension, with all of you.

At the time of corporatisation, the assets of racing were pooled into a public company called Raceco, which would eventually become what we know today as Phumelela. Because the race clubs had handed over their assets, the Thoroughbred Horseracing Trust was formed to act as a safeguard on their behalf. The Trust was established as an independent entity, given a large portion of Phumelela shares and mandated with “the protection and furtherance of the interests of the racing industry.” I feel the word ‘protection’ is particularly important.

In order to carry out its mandate, the Racing Trust is funded by the dividends it receives from its Phumelela shares. The Trust owns somewhere in the region of 35.25% of Phumelela shares (it may in fact be a little more than that). I have no idea what that translates to in actual number of individual shares, but I expect a third of all Phumelela shares adds up to a lot. It is public knowledge that Phumelela posts record profits year on year. Therefore I have a feeling that the Racing Trust’s Phumelela dividend cheque probably requires an extra large box to accommodate the final figure.

It is my understanding that the Trust is a non profit organisation and that its income is supposedly distributed across the stakes pot, the Gauteng Jockeys Academy, the Gauteng Work Riders’ Programme, the informal racing sector in the Northern Cape (anyone else find this particular item a little odd?), contributions towards research and development in respect of African Horse Sickness, and special projects such as contributions towards HIV testing of grooms.

Unfortunately the Racing Trust does not feel the need to divulge any of its dealings, so we do not know whether it does in fact contribute towards any of those initiatives and if so, to what extent. It would also be nice to know what other ‘special projects’ those funds might be made available for, who can apply and what the process is. I’d vote for a training programme for retired jockeys in line with the UK’s JETS, a database to track our retired racehorses, or possibly even the preservation of some of our historical information, much of which seems so scattered. Or maybe even a website for the Racing Trust.

What we do know is that the ‘stakes pot’ section comes up for negotiation with the Operator every year. If the Racing Trust is true to its mandate to protect the interests of the racing industry, it stands to reason that they would fight to keep their contribution to the stakes pot to a minimum, leaving the Operator the bulk of the responsibility of ‘putting on the show’ and leaving the Trust to use their remaining funds judiciously to further other, worthy racing causes. So far so good.

However, now we need to discuss the Racing Association because the Racing Association has been appointed to administer the affairs of the Racing Trust. No, I don’t really understand why either. However, that’s the way it is, so it’s worth listing who the RA is and how it works. As per page 4 of the RA’s 2016 Annual Report, the RA Board is comprised of William Nsele (Chairman), Michael Leaf, W.G.C. Miller (Free State / Northern Cape region), M K Naidoo (the same one who chairs the SANGATA Grooms’ Association), trainer Grant Paddock representing the Eastern Cape region, Tellytrack boss Rob Scott and Larry Wainstein. Mr Larry Wainstein is also the CEO.

The Racing Association is funded primarily by the Operator by way of the nominations and acceptance monies it receives from owners in ‘Phumelela country’. This is fairly clearly the case if one refers to page 29 of the RA Annual report, where it reflects that the RA receives just over 1 million in membership fees and a little over R15 million in nomination and acceptance monies. Given that the operating expenses of the RA amount to just over R16,5 million per annum (including a salary bill of over R5 million, R2,7 million for advertising and R600k on the website!), it seems fair to say the Operator (via owners) funds the lion’s share via noms and acceptances.

The other reason it is important to know who the RA board is and how it works, is because they nominate 5 of the 7 Trustees to the Racing Trust Board.

To recap – not only does the Racing Association nominate 5 of those 7 Trustees, it also manages the affairs of the Trust. Unfortunately, they do not seem to want to explain exactly what this management function entails.

I find this problematic.

Given the hefty sums of money involved as well as the rather delicate relationships between the three bodies, one would think the various entities would be falling over themselves to make this transaction as transparent as possible and put the matter beyond any and all reproach. But sadly this does not seem to be the case and as we have seen, any enquiries are met with a very firmly closed door.

This begs the question why?

Not In My Name

I believe a few of our RA and Racing Trust folk are unhappy about the fact that I published their names, so I have done so again this week and very deliberately too because I think it’s important. Why? Because these are important jobs and it’s important to know who is doing them.

I wish I could take credit for breaking into the RA offices in the dead of night to obtain and somehow ‘break’ this fabulous information. Sadly, the truth of the matter is rather pedestrian and very unexciting. I went to the RA website, downloaded the latest annual report and voila! There it was. Truly. The RA directors are listed on Page 4 and the Racing Trust Trustees on Page 10. Really not that big a deal at all. So the RA pipped me to the ‘breaking news’ post by a period of quite some months. If it’s OK to publish it on the RA website and annual report, then there can be no reason not to publish it in the Sporting Post.

The names of previous Trustees were also disseminated and I have written about them too. So I’m not quite sure what has changed (other than a few names on the list).

Back to the subject at hand

I am reasonably sure no-one held a gun to the head of any of the current Racing Trust Trustees or the RA board of Directors to take up their positions. We constantly hear how everything they do is ‘for the good of racing’, so why then have an issue about making their names and contributions public?

One puts your name to something as a public show of commitment. It serves notice that you are taking up a position of responsibility and it stands as a personal reminder to have pride in your work and to deliver your best.

I recently read that in a healthy democracy the people must lead and then the government will follow. Why do the captains of our industry seem so determined to do it the other way round?

When a group of people want to occupy positions of incredible influence in secret, we have a problem.

When a group of people want to govern large sums of community money and feel they are not answerable to that community, we have a problem.

If Knowledge is Key, why are we being locked out?

Right, so now it’s likely that everyone’s good and cross with me again. Well, for what it’s worth, I’m cross too for having to waste my time with boring subjects like this which should have been clarified years ago instead of pursuing more interesting stories.

E.F. Schumacher is credited with saying, “Any intelligent fool can make things bigger and more complex… It takes a touch of genius – and a lot of courage to move in the opposite direction.”

Wouldn’t it be nice to see a glimmer of either – or both – at some point in the future?

6 comments on “Knowledge Is Key”