Grant Paddock took the training honours at Fairview on Friday with a nice winning double ridden by Luyola Mxothwa. Paddock’s big success on the afternoon was in the supporting feature, the R110 000 Lakeside Handicap, where the Dynasty gelding Alghadeer showed his superiority with a runaway win over the turf 2400m. 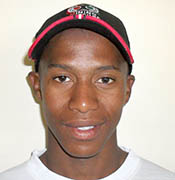 Notting Hill, who has proven consistent of late, looked dangerous at the 300m, but had no answers to the Dynasty gelding.

Another former Mike de Kock runner Kingston Mines, having his third run for Alan Greeff, came on steadily for third a further 3,25 length back, in a notable change of his usual race tactics.

The fourth-placed Coltrane plodded into fourth, 9 lengths off the winner.

The Gary Player Stud bred Alghadeer  is by Dynasty out of the five-time winning Aristis mare, Typical.

The 5yo was originally purchased for R375 000 on the Cape Premier Yearling Sale Book 1.

He had 14 starts (4 wins including the 2015 Listed Michaelmas Handicap) for Mike de Kock before being purchased second hand by Mark Paddock for R220 000 on the 2016 Michael Holmes Super Sale.

On Friday Alghadeer took his earnings to R577 600 with his sixth win with 8 places from 21 starts.

He will pay to follow over the staying trips down here.

No Jinx On Winx!