A breakdown in the Neotel Ethernet network was responsible for Tellytrack not being able to provide live TV coverage of the race meeting at Scottsville on Sunday.

This was outlined in a press release issued today by Phumelela Gaming.

Telemedia, which provides various broadcasting services to Tellytrack, has submitted a lengthy report on the breakdown to Tellytrack.

The fibre-optic cables between the Tellytrack studios and the Neotel network core were damaged moments before the first race from Scottsville.

All connectivity between Tellytrack and Scottsville was lost, including the live video pictures. Unfortunately, connectivity could not be restored before the end of the meeting.

Telemedia has asked Neotel for a full report about the fault and how such breakdowns can be prevented in future. 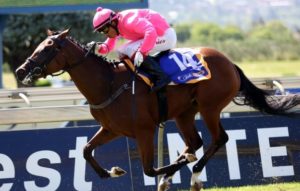 Tellytrack did provide live audio coverage of the Scottsville meeting and for the later races there was live picture coverage via a Skype connection put together by Telemedia and Tellytrack, although it was obviously not of normal broadcast quality.

Telemedia points out in its report that such network failures are very rare and that the only way to reduce the risks of such failures is to have fully redundant circuits put in place. This would, however, significantly increase the connectivity costs.

Tellytrack apologises to viewers for the inconvenience resulting from the loss of the Scottsville picture, but as can be seen from the above this was due to issues beyond its control.