A diagram of life

There is a FANTASTIC internet meme for ‘what I planned vs what happened’. It’s EXACTLY what came to mind after last week’s debacle – for there really can be no other word for it – at the Vaal.

I have something of a reputation for being critical, so I’m just going to relay the facts (as best I understand them) and see whether I am being awkward or whether they do in fact appear as silly as I think.

Having been closed for maintenance for track improvements since last November, Tuesday, 14 March 2017 was meant to be the first meeting back on the Vaal Classic course. The first two races were run over 1000m and were, according to a Phumelela press release, conducted ‘flawlessly’. The trouble came in race 3, run over 1700m, after which it was reported that there were ‘inconsistencies’ in certain areas of the track.

THEN A TRACK INSPECTION WAS HELD !

After the running of race 4 resulted in more safety concerns being voiced, there was a bit more head scratching and everyone scrambled around for ways to salvage the rest of the card, including altering the distance of races, before it was discovered that in fact none of the ideas were workable and the meeting was abandoned after the running of race 4.

They do say experience is something you get about 5 minutes after you need it, but if the track had had major refurbishment works done to it, how did it not occur to anyone to test it before deciding to race on it?

Hope for the best, plan for the worst 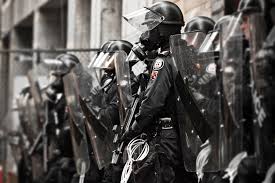 Hope for the best, but plan for the worst

My little meme is pretty indicative of how life usually works out. While there are some things that cannot be prepared for, there are definitely some that fall well within the realms of the doable.

As I said last week, most of my life lessons come from horses. When you look at a horse or imagine one, you generally imagine cantering glamorously off into the sunset with the wind in your hair, right? Well here’s the truth. To get there, you need hours (months, years) of practice to achieve some sort of security in the saddle, then you need to have a half decent horse. That means teaching it and training it correctly so that it is at least a semi-pleasant ride. This takes hours, days, years of early mornings, late nights, cleaning tack, mucking out stables, nursing lamenesses (the horse’s and yours), carrying heavy things, falling off, getting back on again etc. There is a veritable MOUNTAIN of things you need to do before you get to the ‘canter off into the sunset’ stage. Such as checking your girth. Always check your girth. Yet somehow we always just want to get on our horse and go.

Who’s to blame (and who will tell them so?) 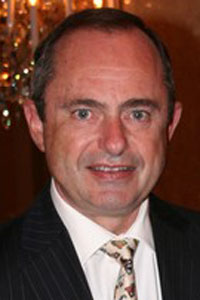 If a jock salutes before the line he’s fined, if a trainer forgets to pack his colours for the day, he is fined. If an owner isn’t appropriately dressed they may be denied access to the parade ring. And that’s all well and good. There should be rules and people should follow them. In fact, the NHA has stepped in and opened an inquiry into the matter, but as Rian du Plessis famously stated that the NHA has no jurisdiction over Phumelela, that makes things a little awkward.

But let’s not be nitpicky. It’s great that the NHA is taking an interest in the matter. However, it would be interesting to know exactly what they think their authority is over the running surface and the people who manage it. I had a quick look through the NHA Rules and came up empty, but that’s probably why I occupy my spot in the cheap seats.

Either way, it raises some interesting questions. Will the NHRA discipline those responsible? And if so, how and on what basis?

Also, if they do not, what then? Doesn’t that set a dangerous precedent?

I don’t wish to sound like a ‘when we’, but my father was a Turf Club administrator back in the day and I more or less grew up on the race track. As such, I can vouch for the fact that it took nothing short of an act of God for a race meeting to be abandoned. And I’m reasonably sure last Tuesday was not an act of God.

Apart from the revenue lost, the real and dangerous truth is that lives were put at risk.

I was once chastised for fretting about the safety of my (admittedly modest) horse ahead of a maiden outing. “It’s not the bloody Grand National, you know,” exasperated my trainer. No, it wasn’t. But it doesn’t have to be. Accidents are not predictable and can happen any time and anywhere – it’s why they’re called accidents. Horses are by nature infuriatingly accident-prone and would likely find a way to compromise themselves in a padded cell. But more or less everything we do with horses is unnatural – their feed, the way we house them, the way we transport them, how and where we train them and also how we compete them. It’s something we take for granted – and in many ways I think we have to – if we did acknowledge and worry about every single eventuality, we’d likely drive ourselves firmly round the bend (as long as it’s not the Vaal Classic bend – ha!). Sorry. My point being that practically everything is a risk to their safety and health.

To then let them loose on an unsafe track, carrying live human cargo, well, that just doesn’t seem right.

Whose decision was it?

In my day, by and large the folks in charge were horse people. This meant that they were super careful about the basic safety aspects because they usually had first hand experience of what happens when things go wrong. Nowadays, the majority of folks in positions of authority in racing are no longer horse people. That is not a major problem if you are manning a tote, serving lunch or calling the field home. However, it is a problem if you are in charge of making decisions that affect the horses. Because those decisions also affect the riders, the trainers, the owners, the grooms, the punters and an entire little circle of people that most ‘admin’ folk aren’t even aware of. And that is sad, because they should be. Because those people are important. They do their best to prepare their horses at home and come to the track ready to put their necks on the line and deliver their best so that money can be wagered on the back of their efforts. 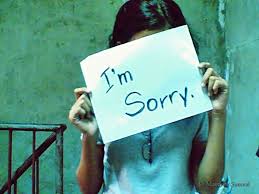 Why is that so hard to say?

The papers (ok OUR paper) and social media platforms get into all sorts of trouble for ‘complaining’ and ‘being negative’ about things. I appreciate that this is only a tiny column and only a tiny opinion, but I do try and make it a useful one (I know, but really, I do). It seems that the powers that be are of the opinion that we somehow ENJOY complaining and being critical. Which is quite ridiculous. Complaining and criticising isn’t FUN. And when events like this happen and basically hand the fodder to you on a nice warm silver platter, it makes it that much worse. Why? Because at the end of the day, we really really want racing to succeed. Why? For the simple fact that we like racing and would like to be able to keep doing it. Which is why we get so cross when basics like this are missed.

Not to put too fine a point on it (but as it always seems to be missed, I’ll say it anyway), if things go wrong, that’s not the punter, viewer or even racing scribe’s fault – we’re not in charge – we are merely on the sidelines. The responsibility lies with the folks in the driving seat. I know you seem to have a problem with that being said, particularly in print, but it’s true and I fail to see how pointing this out always causes such a ginormous headache.

We go racing (or follow it from our couch, or computer or phone) because WE ARE HOPING TO HAVE A GOOD TIME. Racing is a leisure pursuit, a hobby. We are the customer. We are also the barometer for how things are going. If we are complaining, it’s for the very good reason that things are not going as they should and that poses a problem.

We are told reports show that betting turnover has dropped alarmingly in recent months, indicating a clear crisis of consumer confidence. Yet so far we do not have so much as an apology – nevermind an explanation or, far more importantly, a solution.

Ok, so things didn’t work out the way they were meant to. Where to from here? Will action be taken? Will lessons be learnt and will things change? Phumelela has promised a review of the track by the track management team and that “any shortcomings in the surface will be remedied as quickly as possible”. Given that this is the same team that presented the faulty track in the first place, the second half of the statement does not fill me with confidence.

So I don’t know. But criticising is not helpful without at least offering a solution. In this case, the solution would seem to be to go back to basics. Getting the right people to do the right jobs (or to do the jobs right) seems a good start.

If you just get on your horse and go, what usually happens is this

Secondly, a very wise man once suggested that racing needs an ombudsman for exactly this sort of situation. I tried to raise it with the NHA’s Rob de Kock at the time and he laughed out loud at the suggestion saying there was no need for such a thing and that the NHA fulfilled the role adequately. I disagreed with him then and I disagree with him now. We have the Operator on one end and industry stakeholders on the other and very little means of communication connecting the two.

So getting back to cantering off glamorously into the sunset. Somehow we seem to just want to get on our horse and go. Sometimes one gets away with that, but mostly you don’t. And if we insist on being so cavalier, is it any wonder if the horse bolts and we go flying?

13 comments on “What I Planned vs What Happened”