Summerveld trainer Dennis Drier saddled the winner of the R750 000 Gr1 Tsogo Sun Gold Medallion for the sixth time in eight years and for the seventh time overall, at Scottsville on Saturday. 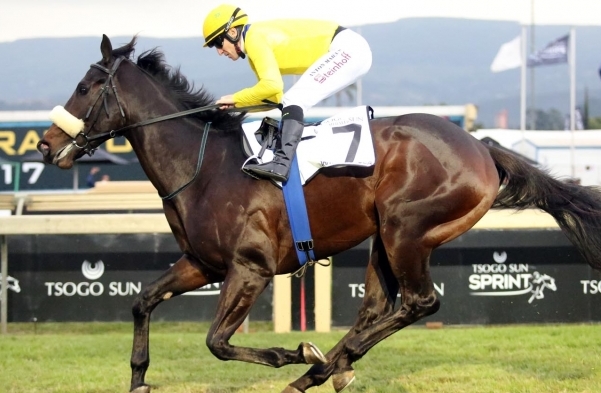 Drier, who has made the race his own in the 21st century, celebrated the occasion to give Klawervlei stallion Twice Over an early first Gr1 winner with a smashing athlete called Sand And Sea.

The handsome colt shed his maiden over the course and distance in a winner’s race just three weeks earlier and Anton Marcus, who rode him there, stamped him as his 2yo feature ride for the season.

Jockeys do get it wrong, but the manner of Sand And Sea’s victory on Saturday suggested that Drier has something very special on his hands.

Slow away, Sand And Sea was at the rear for most of the 1200m trip, and in the reputed inferior going down the centre outside, as Varallo and Al Mariachi went head to head into the final 350m.

With Piere Strydom and Corne Orffer exchanging blows down the inside, Marcus gave Sand And Sea one reminder, and the Drier colt put his head down.

He surged up the outside and gunned clear to beat Varallo by 2,25 lengths in a time of 68,34 secs – marginally slower than the fillies’ time.

Al Mariachi had nothing to offer and stayed on tamely a further quarter length back in third. The winner is led in by John Koster, Derek Brugman and Dennis Drier

An emotional Dennis Drier said that he was ‘blessed to train a horse like this’.

“Thanks to Markus (Jooste), Bernard (Kantor), Jack (Mitchell) and Marsh (Shirtliff). One cannot do it without horses like this. I am absolutely over the moon”, he added.

Anton Marcus said that the winner ‘was a brute of a horse’ who had a tendency to jump slowly. He added that he should go a mile in time.

A R1 million Cape Premier Yearling Sale graduate, the winner was bred by Drakenstein Stud and is a son of Observatory stallion, Twice Over. He is a first foal for the once winning Spectrum mare, Sea Point.

A four-time Gr1 winner, Twice Over was a stablemate and work companion to the superstar Frankel. He was brought to SA by the winner’s part-owner, Bernard Kantor,

Twice Over was trained by the late Sir Henry Cecil to win 12 of his 33 starts for owner-breeder Khalid Abdullah.

Interestingly,Twice Over was also forward at 2, where he was unbeaten from two starts.