Alec Laird looks to have a smart colt on his hands. This was clear after Trippi’s son Broadway Trip overcame a wide draw and made up lengths in the home run to win the BSA August Million Colts & Geldings at Scottsville on Sunday. The easy debut winner received 2kgs from the boom Silvano colt Silva’s Bullet in terms of the innovative and unorthodox ‘kilo’s for cost’ weight scale of this restricted sales race – and won like a horse going places.

The race was confined to graduates of the 2016 BSA National 2yo Sale and weights were allocated in bands according to the individual runner’s sales prices. The top three price tags filled the trifecta!

The first-timer What A World was reshod and delayed the start in the thirteen runner field. Once despatched it was the grey Eyeforthegirls who led War Demon and Zen Arcade, with the keen Silva’s Bullet fighting early before settling in fourth. 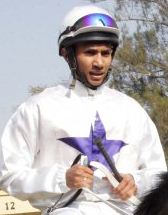 The leader faded in the dash for home, and with the going cutting up badly down the inside, it was not surprising to see the action down the middle and outside. Fresh off his Ascot Saturday success, Anthony Delpech brought Silva’s’ Bullet with a good looking challenge down the middle at the 350m. But the staying sort lacked the toe to match the speedier brigade and he was outrun late.

The complexion of the race changed late, and running from a wide draw under Randall Simons, Broadway Trip made up eight lengths from near last and drew clear to win like a good horse by 2,25 lengths in a time of 84,52 secs.

Trainer Louis Goosen will be thrilled with the sparkling debut of his Ideal World gelding Zen Arcade, who conceded 2kgs to the winner and banked R200 000 on debut to finish well for second.

The early favourite and sales topper Silva’s Bullet was a length back in third. The son of Silvano overraced early and hit the front at the 250m looking a winner. Outpaced in the latter stages, he is bound to come on and looks a Cape Derby horse at this stage of the game.

PE hope Kimberley Star was backed into favouritism in the morning, but failed to kick and  finished 4 lengths further back in fourth. He must be better over further. 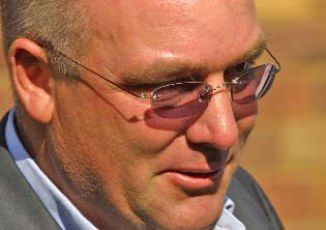 Trainer Alec Laird said the winner was a horse with a beautiful action. “From that draw we had no option but to drop him in. Thankfully they went a good pace and it worked out well. He was a small horse when he first came in but has come along well,” he added.

Jockey Randall Simons confirmed Laird’s sentiments. “He is still a baby and was green. He also overraced around the bend but when I asked him, it was there! He will come on a lot,” he said.

Broadway Trip was a R300 000 BSA National 2yo Sale purchase. Bred by Moutonshoek, he is a son of champion producer Trippi (End Sweep) out of the five time winner Alinga (Rock Of Gibraltar). The latter won from a mile to 2000m, which augurs well for the prospects of the winner.

A winner of both his starts, Broadway Trip took his earnings to R684 375 for owners Chris Gerber and Peter White.