The scene of the destruction (photo: supplied)

Last Saturday started at a hundred miles an hour and didn’t really stop. It was an early start to get to Milnerton to take a look at Billy Silver and chat with the force of nature that is Dennis Bosch. 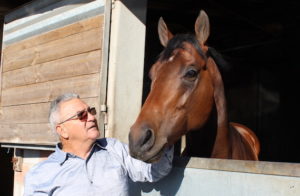 ‘Our’ Billy is named after the mighty Secretariat’s lead pony and to seal the deal, he runs in the Meadow Farm silks. What’s not to love? Predictably, what was meant to be a quick stop turned into several cups of coffee, conversation that meandered across racing, religion, philosophy and beyond as well as doing a quick plait job to justify my coffees.

As it was too late to head home, I figured rather than fret that my day had taken an unscheduled turn, I’d consider it an opportunity for adventure instead. I stopped in at Woollies for provisions and then made my way to Kenilworth.

After Avontuur made the much lamented decision to step down from the Fillies Guineas, the Fillies Championship has been my next favourite early season race day. With Choice Carriers as the sponsor, and their transport network spanning the length and breadth of the equine industry, the day always felt like a family gathering with friends and acquaintances from all necks of the equestrian wood and you were guaranteed to bump into someone fab you hadn’t seen in ages.

With the mysterious disappearance of Choice from the sponsor’s slot, there has been a muted (missing?) build up to this year’s event. It’s an odd state of affairs. The sponsorship of this race has always been part and parcel of the transport contract. Although Choice are still moving horses to and from the races in their distinctive blue trucks, their contract has seemingly not been renewed and they are thus operating on a rather precarious month to month basis. As there’s no contract, there is no sponsorship. A very odd state of affairs indeed and one has to wonder which maladroit managed to lose us one of the few independent sponsors we have left (answers on a postcard – although I have a feeling there is rather more to this story than simple admin oversight).

Bolting onto the course as fast as my new shoes could carry me, I was stopped in my tracks by the sight of the blue gums. Or rather, what was left of them. It seems another brainbox decided that these magnificent trees, under which most of us have sought refuge from the hot summer sun at some point in time, were deemed surplus to requirements and had them hacked down and chopped to bits.  What once had been, suddenly wasn’t.  A little like the sponsor.

Whether it’s the recent spate of farm murders, the shock of the vacant space where the trees ought to be, or the fact that their absence made the hot, dry Cape day feel even hotter and drier, the sight of the ginormous behemoths hacked into bits and left strewn in the red, torn up earth, made me queasy.  I was not the only one and it seemed the only topic of conversation on the day. With most people expressing surprise and disbelief, it seems the move was a complete surprise, so one wonders what on earth possessed our esteemed Kenilworth Racing Board to even contemplate such an atrocity (although one expects the usual round of blank faces and pass-the-buck-itis). Aren’t those trees protected?

Dead trees, no sponsor and no fanfare made for a rather un-choice state of affairs for one of our best Guineas Trial days. However, there was the consolation of a few friendly faces and some incredible horseflesh on the card, plus the added draw of visiting trainers and jockeys and a sneak peek at this season’s big guns, so I steeled myself and plunged on.

The racing WAS fantastic. The late start allows one to put your Saturday morning to good use and the 8 race card is just enough to leave you wanting more. Gimme Katrina kicked off proceedings in the card opener and there was plenty to look at in race 2, with Joey Ramsden’s Dynasty’s Blossom looking progressive. The Pinnacle Stakes offered a cracking field and although Milton put up his usual front-running performance, the rest were wise to his tactics and didn’t let him steal too much of a march, allowing Copper Force to get the better of him up the straight. Although Royal Chian triumphed in the fourth, Mr Drier’s Via Sacra was the one that caught the eye and I look forward to following this lovely filly over the summer. Grant van Niekerk made his win on the speedy Hereford look fun in the fifth and then it was time for the Gr3 Cape Classic. 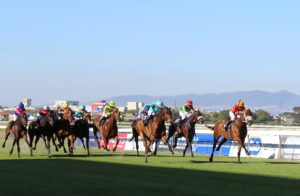 It would be unfair to pick out a favourite from the line-up and with so much to choose from, it was crushing to have to accept that only one can win. However, Vaughan Marshall seems to have a serious prospect on his hands with Tap O’Noth, who franked his previous form with a runaway victory. I was also happy to see my Durban friend grab a cheque and look forward to cheering him on during the season.

A Matter Of Principle 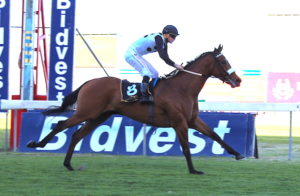 Given the quality of the horses and riders we had the privilege of watching, I have to say it’s rather a shame that our organisers could not stretch to name panels for a Gr2 and a Gr3 race. Buck up your ideas guys, this is the official start of our feature season.

I hung about for the last, just to see whether my plait job had stayed in, and got to see Dan Katz get another one on the board with Liquid Dynamite.

Following the news that the bar staff in the Pocket Power lounge have been given the shove and only have one more racing meeting to dispense with, I went upstairs to say my goodbyes and thank you’s. I stayed for a quick drink and chat with the boy Silver’s connections and then hit the road.

Coming from the era of raucous post-race parties that raged long into the night (if not the morning), it felt wrong to be the last to leave at 8pm and in fact, the whole day left me feeling bereft.

By virtue of having grown up on the course, ridden on the track and paid my dues with my own horses, racing feels a little bit mine. In the same way that I am part of it (whether everyone likes it or not), it necessarily is part of me. And that’s something I’ve really had to give some long, hard thought to recently, because one is judged by the company you keep.

I believe in the Hallmark Cards gold standard edition of racing. That horses lend us the wings we lack and that we see this most fully expressed on the race track.

There is a reason one feels good on a horse. Firstly, you are higher off the ground, so you get a better and broader view of your surroundings as well as seeing them from a new angle. They allow you to move faster and be stronger than you could ever be on your own. On their backs – or even by their side – they give us a glimpse of an alternate perspective, they show us bigger and better versions of ourselves. In short, riding a horse is a little like pulling on a Superman costume. For most people, it’s an inspiration and an imperative to try and improve yourself to the point where you are worthy of occupying that saddle and holding those reins. Most of us spend our lives in pursuit of that goal and that’s why I’ve always found racing people so inspiring to be around.

But, perhaps I am wrong. Perhaps this is not who racing is anymore. Maybe it never was. 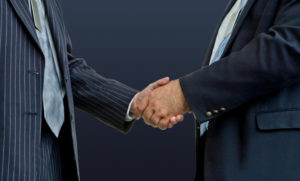 Not everyone in racing is a crook, but all crooks go racing

As the old joke goes, it is not true to say that everyone in racing is a crook, but it is true that all crooks go racing (and in case someone gets cross with me again, this is picked up off Wikipedia’s entry for the NHA – true story). While that’s meant to be a joke, with recent accusations about prominent racing characters in the mainstream press, it’s really no laughing matter.

My friend in Hong Kong wrote recently “who and what would horse racing be and what would be its tone of communication? It’s voice. Does it even have a voice?” Good questions indeed.

Leaving the parade ring after one of the races, I was given some food for thought as a passing acquaintance offered a disparaging comment about what someone was wearing. Now I am not having a go at the person who said it – we are all entitled to our own opinion – what I am puzzled by is the fact that this act of unkindness, small though it was, was considered perfectly acceptable. Funny, even.

I was taught that turning up meant you cared. It didn’t matter whether you sat in the front or the back or what you wore, what mattered was that you came. Your presence, rather than your presents, to put it another way.

But the cavalier attitude is not just a local issue. We’ve just seen Craig Williams spat on at the Cox Plate meeting at Moonee Valley. What brought me some solace in that incident was that the racing public spoke out loudly on social media condemning the act (although it seems the authorities have yet to share the outrage).

It was probably mostly the shock of the trees, but it left me wondering about the current state of the industry, how and where I fit in to all of it and also, if my current reading of it is correct, whether I still want to.

Is racing dragged down by these ‘nefarious’ outsiders, or do we invite them into a nest of iniquity and drag them down with us? No, don’t answer that.

We reap what we sow. If we do not give support and loyalty and treat people (and trees) well, we can’t expect to be treated well in return, can we? If we are what we repeatedly do, then the last few weeks have dished up some unappetising fare. We seem to keep, celebrate and even promote mediocrity. We dismiss long-standing staff and sponsors and we chop down trees that have been the backdrop to our lives for decades at the drop of a hat. And for what? If the most popular theory that it’s to accommodate a hospitality tent for a forthcoming race day is correct, then it beggars belief.

While any realist understands the concept that everything is for sale, one starts to wonder what price our soul?