New Ashburton trainer Louis Goosen is loving life in KwaZulu-Natal. The former Vaalian teamed up with jockey Gunter Wrogemann and his staunch owner Mario Ferreira to grab a hat-trick of winners – including a top three finish – at the weather affected Greyville meeting on Sunday.

After 67mm of rain in a short period of time, Gold Circle switched the turf meeting to the poly and while only 8% of the carded runners cried off (despite the loss of eight races on Friday evening) due to the surface switch, it did not prevent the Goosen ‘Wonder Water’ team from running riot.

And nobody is in better form than the underrated Wrogemann. With a confidence boosting victory aboard Dan The Lad in the Heritage Consolation at the Vaal just 24 hours later, the Gauteng rider produced the finishing touches to the Goose’s hard work for the big spending Ferreira. 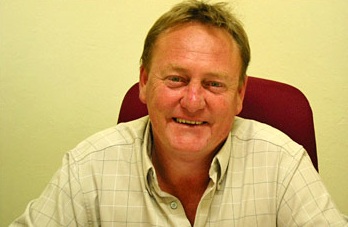 The trio’s first winner came aboard the Australian-bred Di Mazzio in the fourth, a Graduation Plate over 1400m. With all the focus on the two local hotshot 3yo’s, Varallo and Monks Hood, the 4yo was given a clever ride from his 1 draw to register his second win. Di Mazzio was no cheapie at A$240 000, but looks to have plenty of ability.

The Pippa Mickleburgh-bred Dynasty filly Gratuity was knocking hard for her second win and she duly arrived in the sixth, an MR 84 Handicap over 1000m, to beat stablemates Captain’s Girl and debut winne Yaas, to register the Goosen trifecta. Gratuity cost R700 000 on the Cape Premier Yearling Sale.

The Goosen hat-trick was completed by the promising Ideal World gelding Zen Arcade, who made it two from three in the seventh race, an MR 91 Handicap. Zen Arcade is the R500 000 KZN Yearling Sale purchase who caused such a stir when runner up on his debut in the BSA August Million.

He should pay to follow – as should the entire Louis Goosen Ashburton attack!