Horseracing in the Eastern Cape is probably stronger than it has ever been and is followed with great interest and passion by a cross-section of punters.

Sadly their biggest race, the Algoa Cup, like many features across the country, has been downgraded and with a stake of R350 000, must be the richest Listed race in South Africa.

Often won by away horses – Brett Crawford took it last year with Nebula – Jacques Strydom was the last local to lift the prized trophy, when Surfin’ USA rocketed home in 2009. 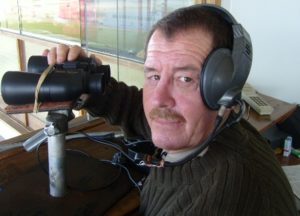 On a sentimental note, and with television and the internet affording us the opportunity these days of watching the racing live and studying the form with the benefit of replays, Eastern Cape racing has come a long way since 4 January 1986.

That was the launch of live radio commentaries from Fairview – on the four jackpot races only, nogal!

Today the racing commentaries have – sadly –  long gone silent and the station has been jazzed up and goes by the name of the catchier, Algoa FM. And Tellytrack now hogs our every waking moment.

The next big meet at Fairview will be the the R350 000 Listed Algoa Cup, which will be run on Sunday 29 October. See the 30 entries below – another strong visiting contingent – including the title defending Nebula – looks to keep the locals hungry. Declarations are due by 10h00 on Monday 23 October.