It is business as usual for Klawervlei Stud following the resignation of beleaguered businessman and thoroughbred owner-and-breeder Markus Jooste. Klawervlei owner John Koster is full of anticipation for the forthcoming Investec Cape Derby, where the late great Klawervlei Stud stallion Captain Al will attempt to make it a clean-sweep of the Cape Summer classics.

Captain Al’s second last crop will be at the Sales this year and Koster described it as “by far the best” of any of his crops from a pedigree point of view. 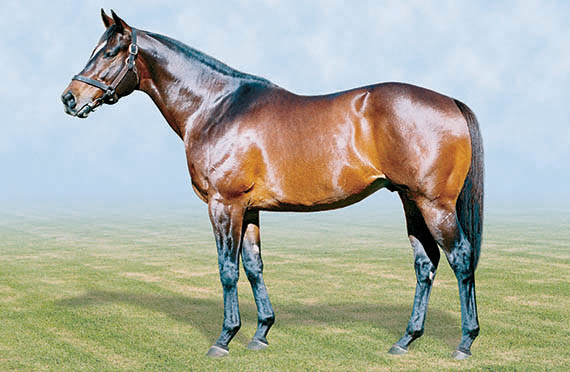 Klawervlei will be sending one of their strongest ever drafts to the forthcoming CTS Cape Premier Yearling Sale (CPYS).

Included in this draft are two by the legendary Frankel and one by the sensational speed stallion Scat Daddy. The latter was the leading North American freshman sire in 2011, and in 2015 he broke the North American record for the number of juvenile stakes winners in a season with nine. 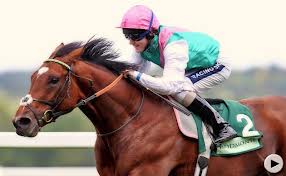 The Group 1-winning colts Carravagio and Sioux Nation and the Group 1-winning filly Lady Aurelia have seen Scat Daddy dominating the big Royal Ascot sprint races over the last two seasons. His son Mendelssohn also recently won the Group 1 Breeders Cup Juvenile Turf. Scat Daddy’s yearling filly on offer at the CPYS is out of a Myboycharlie mare who won once over seven furlongs in Ireland.

However, she is in turn out of the Paris House mare Misty Eyed, who won a Gr 3 over five furlongs as a juvenile and later finished second in the King’s Stand Stakes. This Scat Daddy filly (lot 140) will be packed with speed, so should be suited to South African conditions, considering the Royal Ascot going this year was good to firm.

Equus Champion Sprinter Captain Of All will have his first progeny on sale at the CPYS.

Koster said the sales inspectors had been full of praise for the yearlings of this magnificent looking son of Captain Al.

Captain Of All seen winning his farewell appearance

Six of his ten lots will be consigned by Klawervlei.

The first of the two lots is by Equal Stripes, sire of the like of South African Grade 1-winner Bambina Stripes, out of a dual Grade 2-winning mare by Not For Sale. The second is by Exchange Rate out of an unraced half-sister to a Grade 1-winner.

The Captain Al’s will be one of the CPYS highlights and Klawervlei are consigning 16 of his 27 lots.

Meanwhile, Captain Al’s Cape Guineas-winning son William Longsword has excellent fertility and among the 80 top quality mares he covered in his first season are the respective dams of Via Africa, Like A Panther, Edict Of Nantes, Fly By Night, Trust Antonia, Paterfamilias and Gibraltar Blue. Klawervlei’s new chestnut stallion Coup De Grace, a Group 2 winner in the USA who is the only son of Tapit to have stood in South Africa, has really stamped his first crop.

“They are like peas in a pod,” said Koster.

His best chances of winning the Cape Derby will be through Tap O’ Noth and Cape Guineas third-placed Like A Panther, but they will face strong opposition.