Jockeys’ presence in gambling establishments appears to have become something of a soft target for our racing regulator in recent weeks. Is it not almost bizarre to expect a rider not to do some marketing after his shower and a long day at the office, by mingling with owners and trainers in private suites at the racetrack, for example? No jockey in sight!

Prioritising the key issues that impact on the public image and general confidence in the Sport Of Kings does not feature high on the agenda of our racing regulator. Vague rules that cannot be policed properly and are applied on a hit-and-miss basis also compound the bungling, and hardly aid the cause of projecting horseracing as a clean, well-managed sport that is actually worth getting involved in.

Jockeys and registered betting premises is the latest lame hobby-horse to be saddled up by the National Horseracing Authority. Love them or hate them, let’s accept that jockeys are the human hero face of the sport. The average punter in the local tote would rather talk to the pilot, than the man who plots the trips and changes the jet’s oil back at the hangar.

By their nature, jockeys – some more than others – have an allure and mystique for the man in the street. Some imagine that jockeys control the game – their lives to be fast and glamorous. Cash and public adoration comes easy. What a life – but what a lie!

The reality is that at the end of the urban mythical rainbow, most are family men, who eke out a living – with the same frustrations and problems as the rest of us mortals. They hardly control the game – in fact it’s the other way round. Jockeys are self-employed professionals who sell their skills on and off the track. Some are fortunate to be sponsored. Ultimately, they have a very vested interest in racing prospering.

Against a background of spirited resistance from some industry insiders, the NHA introduced rule 21.3. It says: Without the written permission of the Stipendiary Board, no jockey shall enter or visit any registered betting premises where members of the public are able to place any bets or wagers of any kind whatsoever.

The rule hardly takes cognisance of the fact that the nature of modern betting premises has changed dramatically this century. They are racecourses, casino’s, totes, private betting outlets, where one can play a one-armed bandit, buy a lotto ticket, spin a  roulette wheel and even have a soccer or curling bet. You will never see a jockey at Emperors Palace – without a pass from the Stipes, that is!

Technically, jockeys thus have to get permission to attend a sale at Emperors Palace. To attend a Met draw at Grand West. To be wary that their local café doesn’t have a LPM (those fruit machines with the spinning wheels) in a dark corner. Applied literally, they may need Stipe’s Permission to pick up the milk and bread on the way home!

Then the last straw… 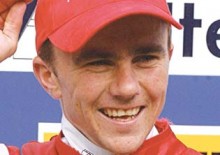 The ever enthusiastic MJ willingly agreed – he loves the game and wants to add value where he can.

In their infinite wisdom, the NHA subsequently charged MJ with a contravention of Rule 21.3 – effectively for giving up his free time at no remuneration to promote the Sun Met and betting turnover.

The word is that local Stipendiary Board Chairman Ernie Rodrigues did his damndest to let sanity prevail. After all, the racing operator had invited the jockey, who had fairly assumed that he was within rules. Racing doesn’t need more poor publicity – even from an innocent MJ this time… To compound matters, the NHA then humiliated  and tarnished the jockey’s good name with their typically cryptic notice – not much better than their disingenuous press releases – in their racing calendar, confirming simply that he was frequenting a betting premise without permission. And by deduction- naturally up to all kinds of tricks.

As a result of the NHA’s narrow-minded approach, we have learnt that the powerful Coastal Jockey’s Association, on behalf of their members, have instructed their lawyers to inform the NHA that no jockey will be party to any panel discussions on any racecourse or betting premise. That is until such time as Racing Executive Arnold Hyde issues an apology for embarrassing Byleveld and also gives an undertaking in regard to jockeys attending similar events in future. 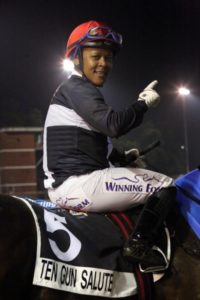 Winning Form-sponsored Muzi Yeni and Robert Khathi attended a Hollywood promotion and panel discussion and were sanctioned. Yeni told the Sporting Post that being sponsored was a win-win for the jockey and the sponsor, and racing ultimately benefitted. What he and his colleague were doing were getting punters interested and involved, and motivated to bet – to hype interest in the Met.

“We don’t hang around Totes. That naturally creates a poor image. We attend functions by invitation. It’s good for the game. When a jockey causes interference or doesn’t give his horse every chance, then nail him. That kind of thing is bad for racing.”

Muzi added that he felt that the NHA could be more constructive in their approach to punitive measures.

“In the case of interference, for example, give us an option of a fine linked to income, a suspension or a hearing. We can then make a business decision and choose to pay away say 25% of monthly income in lieu of a week off. This would be more constructive and could raise money for the coffers of the Horse Care Units.”

That’s a debate for another day!

25 comments on “Jockeys Are Actually Good For The Game!”