Corne Spies is a master at getting the 2yo’s ready for race action. His five runners in today’s R150 000 Listed Storm Bird Stakes at Turffontein suggests that the former Zimbabwe champion means business.

Leading 2yo sire Var as well as Bold Silvano and Pomodoro, have ten of the thirteen runners between them and a keenly contested affair is in the offing. The well-named Oratorio gelding Van Halen spreadeagled his opposition on his 800m Turffontein debut – when backed to 11/10 – and gets an opportunity under Anton Marcus to make good on his odds-on flop at his second start. He ran out of puff late there and was passed by Robbie Sage’s William The Silent.

The latter now takes Van Halen on at 3kgs worse terms and there should be little between these two smart looking youngsters.

Mazari has won two of her four starts and is a speedy sort. Her course and distance win at her last start was an eyecatching one and she must have a place chance at best. 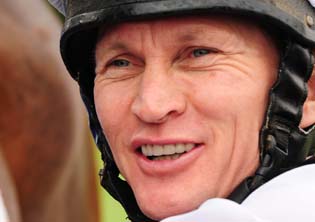 Piere Strydom takes the ride on two-time winner Miss Boomerang, who was beaten over 3 lengths by stablemate Mazari last time – but is 2kgs better off here. She won her first two starts in good fashion and has the master of pace aboard to extract every half length out of her – where she will need it.

Sean Tarry’s Royal Italian has his first Gauteng start after showing up well at his two Cape summer season outings. He was a fairly well beaten third to Traces in the Listed Summer Juvenile Stakes on Met day but ran on steadily – and could be ready to challenge if fit after a 6 week break.

Cyber Special is still a maiden after 4 starts and looks very well held by William The Silent and Van Halen.

Rule The Night beat Pieces Of Gold at 11/10 to win on debut over Saturday’s course-and-distance. The son of Var ran green but showed good speed and won going away. 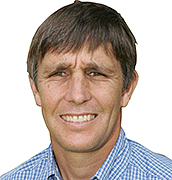 Anthony Delpech teams up with Gavin van Zyl on the well-supported Vaal debut winner Bold Eagle, who got the better of Running Brave first time out.

Vaal debut winner Lethal Weapon finished over 8 lengths behind Miss Boomerang at his second start and although 2kgs better off with the Spies runner, looks held.

Barend Botes’ Royal Delight gets 3kgs from Van Halen but was comprehensively beaten by the Spies colt on debut and will need to improve further.

Three well-bred sons of Var make their respective debut and Dewali , Heavenly Risk and Vardo could be just about anything – and the betting may well be the best guide on raceday.

William The Silent and Van Halen look set to fight this out, but the likes of some speedy fillies cannot be discounted. Royal Italian has shown some fair promise and has a shout if not outpaced.