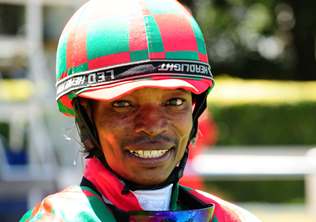 Workrider Mabaya pleaded guilty to the charge and was found guilty of the charge.

The Inquiry Board, after hearing the evidence presented by Mr Mabaya and taking his record into account, imposed a penalty of a suspension from riding in Workriders’ races for a period of 90 days of which 60 days are suspended for a period of twelve months.

Workrider Mabaya waived his Right of Appeal and was granted permission to take his suspension with effect from 9 March to 7 April 2018, both days inclusive.

3 comments on “Workrider Didn’t Weigh Back In”

Spies’ Rebel With A Cause