Favourite backers endured a nervous final few moments in the fifth race at Durbanville on Tuesday, when in-form Richard Fourie casually popped the 7-20 favourite Ladysmith up the outside in the dying stages to nab the 11-1 shot Clifton Beach by a nose. 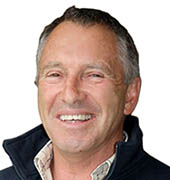 Most punters had bankered the Eric Sands daughter of Main Aim in the 14000m Maiden  after a consistent run of four seconds and there was little doubt that she was overdue to score.

“I think she will win again. Richard obviously knew what he had underneath him as he kept the whip off her,” said a relieved looking Eric Sands.

The Wilgerbosdrift & Mauritzfontein bred is out of the Stage Colony mare, Lady Helen. Sands says she can win again.

Her sire Main Aim was an exceptional sprinter-miler, who retired to stud with a Timeform Rating of 123.

Main Aim has one lot (#262) on next week’s CTS April Yearling Sale. Highlands-Ridgemont own Main Aim, who currently stands at the Southford Stud.

David Southey of Southford Stud told the Sporting Post that he had sold his property and was downscaling to a farm next door.

“Main Aim will be moving as a result of that. He has had some nice winners in recent weeks. Although it is very difficult competing against the commercially desirable sires I hope he gets the chances he deserves,” he said.

Highlands Mike Sharkey confirmed that a final decision had not yet been made on Main Aim’s new base.